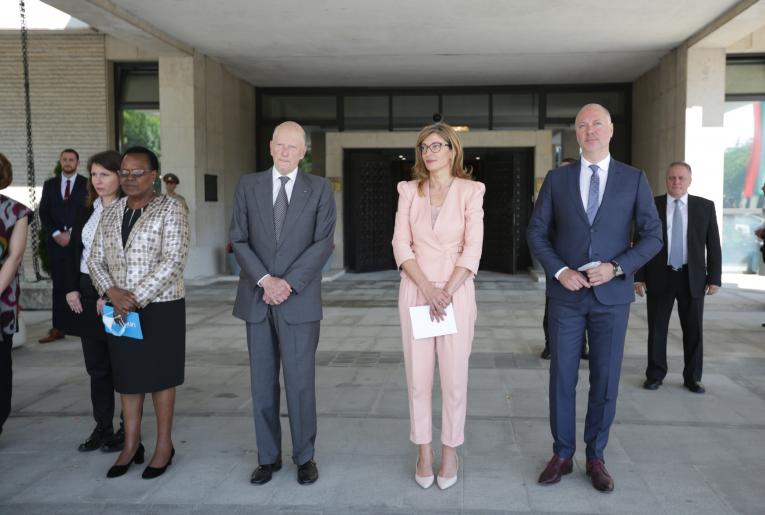 Тhe Deputy Prime Minister and Minister of Foreign Affairs Ekaterina Zaharieva hosted a solemn ceremony on the occasion of the 75th anniversary of the United Nations and the 65th anniversary the membership of Bulgaria in the UN on June 26 at the Ministry of Foreign Affairs. ‘As we commemorate the 75th anniversary of the United Nations, our shared challenge is to do far better in upholding the Charter’s values and fulfilling its promise to succeeding generations‘, said Dr. Jane Muita, UNICEF Representative in Bulgaria, in her address at the ceremony. See here the whole statement.

Thank you for this opportunity to address you on the occasion of the 75th Anniversary of the UN Charter.

Signed 75 years ago on this day, the UN Charter promised to save future generations from the devastation of war.

It reaffirmed the equal rights of all people, respect for national self-determination, the need for peaceful settlement of disputes, and contained clear rules governing the use of force.

These values and principles are the foundation of international relations.  They are core to peace and international law. They have saved lives, advanced economic and social progress and avoided a descent into another world war.

But when these principles have been put aside or applied selectively, the result has been catastrophic: conflict, chaos, death, disillusion and mistrust.

As we commemorate the 75th anniversary of the United Nations, our shared challenge is to do far better in upholding the Charter’s values and fulfilling its promise to succeeding generations.

In the beginning of 2020, the UN SG Antonio Guteress identified four threats that endanger 21st-century progress and imperil 21st-century possibilities:

The devastating conflicts that continue to cause widespread misery.

The exacerbation of the climate crisis that is propelling both humankind and the natural world to the point of no return.

And the dark side of the digital world.

While four threats can jeopardize every aspect of our shared future, now we have a fifth one – the COVID-19 pandemic that has demonstrated our global fragility.

The pandemic is a tragedy. But it is also an opportunity to address the climate crisis and inequality of all kinds, to rebuild differently and better.

As 2020 also marks the 65th anniversary of Bulgaria’s membership in the United Nations, I would like to acknowledge and celebrate Bulgaria’s strong contribution to the organization's efforts to put into practice the principles enshrined in its Charter of international peace, security and justice.

Strengthening our commitment to the UN Charter and building an inclusive multilateralism able to listen and incorporate the contributions of business, civil society, local and regional authorities, and young people, remains the most effective way to collectively face the global challenges of today, and the decades before us.

In closing, I would like to quote Stephen Schlesinger, the author of the book on the UN founding, who says “If you didn’t have the UN you really would have to reinvent it.” 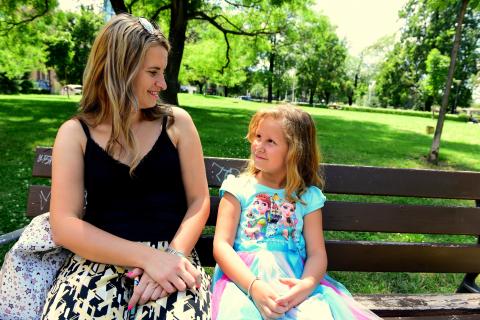 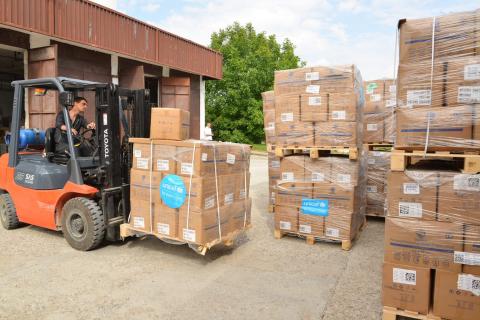 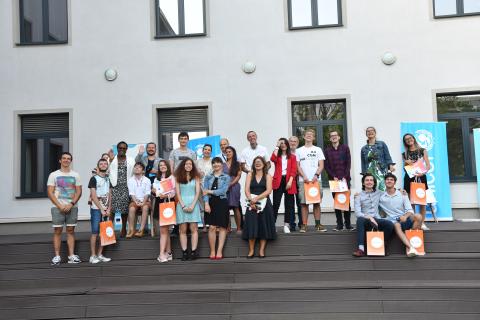