Professional journalists have the role and the responsibility to not only to respect all child rights, but also to actively promote them in media

Download the guidebook: Children and the media. A gudebook on ethical reporting

Child rights awareness among the public in Bulgaria needs strengthening. Media continue to be the main channel for communication, advocacy and resource mobilization in support of child rights. Whereas both traditional and social media have enormous potential to promote changes in social norms, attitudes and behaviours, ethical reporting on children’s issues remains a challenge. A study, commissioned by UNICEF Bulgaria in 2013, concludes that child rights are often violated in mainstream media (both traditional and digital) – due to gaps in the professional capacity of journalists (which needs strengthening) and lack of sufficient knowledge about the essence of child rights (which needs awareness raising).  Improvement in reporting and professionalism in dealing with the most disadvantaged and vulnerable children are needed to strengthen media’s contribution to influencing public opinion and nurturing child-friendly social norms. Another challenge is the underrepresentation of children and adolescents in the media. This is actually a paradox, taking into consideration the fact that a new UNICEF study, conducted in 2017, shows that media content is among the main topics of interest, discussions and influence among children and adolescents themselves.

Four out of every ten children in Bulgaria are living in material deprivation, data from Eurostat reveals. By comparison, that share in the EU is one in ten on average. There are also many more factors for vulnerability in children that media professionals should take into consideration (e.g. ethnicity, religion, disabilities, social background, gender identification and social norms).

According to the United Nations Convention on the Rights of the Child (the most widely ratified human rights treaty in history, ratified by Bulgaria in 1991) and to Bulgarian legislation, a child is every human being below the age of eighteen. What should we take into consideration when covering child-related topics and promote and protect child rights in Bulgaria through the media? Do we give enough visibility not only to the problems of children but also to their opinions and ideas as equal members of society?

UNICEF in Bulgaria has launched in 2018 a long-term initiative on ethical reporting on child issues and promotion of child rights in media.

The project, implemented with the Association of European Journalists – Bulgaria, supports the guaranteeing of the rights of children in their contact with the media, or when they are exposed to publicity in line with the Convention on the Rights of the Child, the Bulgarian legislation and the Ethical Code of the Bulgarian media.

It is a continuation of a six-months project from 2017, which resulted in the creation of a coalition of journalists and other relevant professionals (PR experts, psychologists, lawyers, decision-makers, influencers) who – through participatory and inclusive approaches – enabled the inception of an ethical-standards handbook and the design of educational programmes for journalists, as well as for photo and video reporters. The current project supports the development of two new programmes -  interactive course for students and a programme for PR experts – as well as training academies for trainers, and then for media professionals, PR experts and students. An international conference aimed at awareness-raising and capacity development will be organized in April 2018, and will set the grounds for wider, long-term communication campaign. 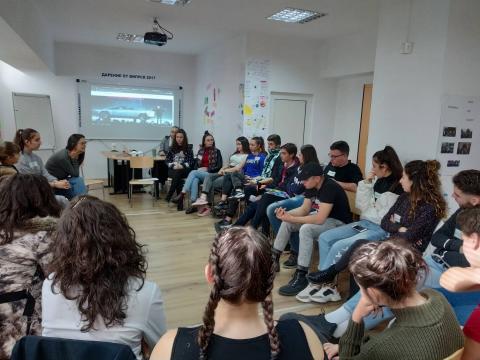 My Right to an Opinion! 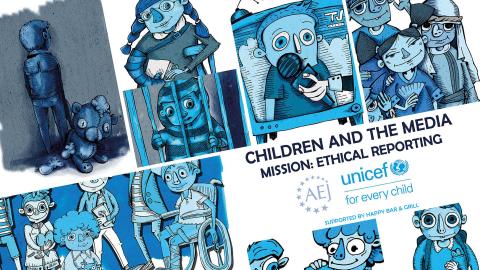 Ethical Reporting on Children in media

Professional journalists have the role and the responsibility to not only to respect all child rights, but also to actively promote them in media 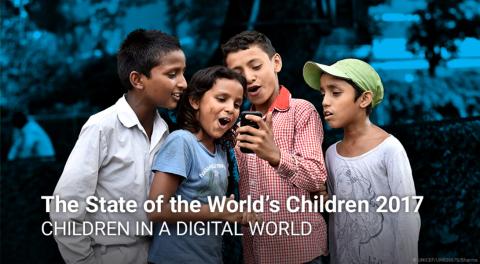 Children in a Digital World