NASIRABAD, Pakistan – Driving across the Bolan Pass, a valley in southwest Pakistan, I’m reminded again of the sheer devastation wrought by recent flooding around much of the country.

As we continue the hours-long journey along what used to be the road to Jhal Magsi, a district of Balochistan, the receding waters reveal more and more evidence of the destruction. We’re following a route that was inaccessible until just days ago, driving along a riverbed that takes us past the rubble of a once mighty bridge that collapsed under the weight of floodwaters.

The valley is now littered with huge chunks of concrete, the remains of a road ripped up by raging torrents. Here and there, I can also see what’s left of dried mud walls that once formed houses, as well as the carcasses of cattle that drowned when the waters swept through. In some areas, the earth is already cracked and dry again, but in others it remains treacherously muddy. At one point we stop and speak with villagers whose homes have been washed away and I sink knee-deep into mud.

We soon reach the district of Nasirabad and see something else that the water has left behind – thousands of homeless people, many of them children. Entire families are living crammed into small, sweltering donated tents as temperatures climb to 40 degrees Celsius. The women I talk to tell me that they have no privacy. Other families, who arrived only days before, don’t even have the flimsy cloth of a tent over their heads. Their children sit on the hard ground, under the boiling sun. Some seem very withdrawn, unable to make sense of how and why their world has been turned upside down.

Amidst all this, one large tent stands out from the others. As I enter it, I notice the cooler temperature inside, which offers a welcome respite from the oppressive humidity. Dozens of girls and boys sit cross-legged on clean mats. They are surrounded by colourful balloons and posters of the alphabet in English and Urdu. Also walking around inside are facilitators and UNICEF education officers. They are engaging with children like five-year-old Rubina, clad in a traditional colourful green Balochi dress. Rubina gently claps her hands, constantly gazing at her sister, Farida, as if she’s afraid that she’ll vanish if she stops watching her.

Both sisters are now studying in one of the more than 500 temporary learning centres that UNICEF has established in flooded areas, in collaboration with provincial education departments. The centres provide children with an opportunity to gather with other children in a safe and protective environment where they can play, learn and just be children again.

Encouraged by a facilitator, Rubina says a few words. “I came here to learn something,” she whispers shyly. She couldn’t bring any of her toys or books when her family were forced to flee their home.

She now squeezes a bright blue UNICEF backpack, given to her at the centre, against her chest. Her sister Farida is more talkative. “I came here because I want to become a doctor!” she tells me, flashing a big smile.

Saeed Hizbullah, one of the facilitators at the centre, says that most children are very quiet when they first arrive, and understandably don’t smile, often sitting quietly alone and barely engaging with other people. But Hizbullah says that this can quickly change as the children start to feel more comfortable and participate in recreational and learning activities.

Such activities help the children escape from the boredom and despair of their parents’ makeshift shelters, keeping them safe and learning. Even before the floods, around one-third of children were out of school, but an additional two million children have since been forced to drop out after the floods washed away thousands of schools.

The centres also help identify children in need of specific types of support.

“Facilitators can observe children’s physical, mental and psychosocial wellbeing,” Hamid Baqi, a UNICEF Education Officer in Balochistan, explains. “They refer those who have health conditions for medical support, and those who are in distress for specialized psychosocial interventions.”

Hizbullah tells me that after a few days, most of the students are starting to smile again as they interact with each other, although others, like Rubina, may need a little more time. He says that he has never seen anything like these floods. But he adds that in some ways, he counts himself lucky. 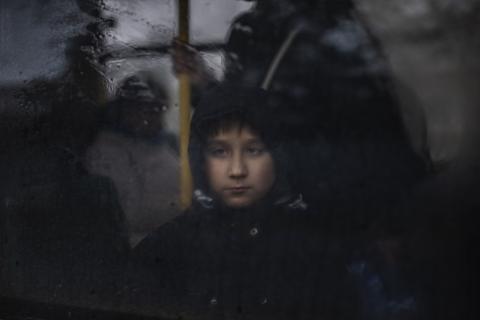