UNICEF and WHO: Vaccinate children, immunization coverage in parts of Sarajevo lower than 50 percent

Vaccines are safe, and they save lives

Representatives of the United Nations International Children's Emergency Fund (UNICEF), the United Nations (UN) and the World Health Organization (WHO) in Bosnia and Herzegovina, warned of a worrying situation regarding the epidemiological situation in the Sarajevo Canton.

Given that the WHO recommends immunization coverage of 95 per cent, the first people of the two organizations in Bosnia and Herzegovina once again urged parents to immunize their children, reports Anadolu Agency (AA).

On March 15, the government of the Sarajevo Canton called on all parents to vaccinate their children to protect the entire population at an emergency press conference and presented data that 113 individuals had contracted measles so far. In the meantime, the number of people infected in the Sarajevo Canton increased to 185, and a single death was recorded.

Narayan stresses that the unfortunate situation is the fact that in the Sarajevo Canton there are 185 cases of people infected with measles. One of the reasons for this is the very low rate of coverage by immunization or weak collective immunity.

Regarding the percentage of total coverage of the vaccine in the Sarajevo Canton, Narayan emphasizes that UNICEF is reporting data on 50 per cent, while other data show that 70 per cent immunization coverage. However, she points out that both percentages are extremely low.

"The World Health Organization says that we must have a threshold of around 95 per cent to have herd immunity which means everyone is protected if you have an immunization rate of 95 per cent.," Narayan said.

The head of the WHO in Bosnia and Herzegovina, Victor Olsavszky, also shared information that, according to the latest information, 185 cases of measles infection have been recorded in Sarajevo Canton, as well as one death.

“If we compare with what happened last year when during the whole year, from January to December, we had 86 cases, this is a huge and worrying increase.”, states Olsavszky.

If a comparison is made at a higher level, with Europe, Olsavszky reports that in France last year there were 3,000 infected and one death.

"So, if we compare it to Bosnia and Herzegovina, where with a much smaller number of infected we record a single death, it is certainly a big sign of warning. Especially because France has a much better-quality health system," Olsavszky said.

Narayan, on the question of whether the public in Sarajevo Canton is aware of the current situation worrying, responds to the opinion that the public is not aware enough of the situation.

"What parents don’t always understand is that if they don’t vaccinate their children they're putting at risk not only their children but the children of others who may not be able to get vaccination for some other reason, maybe because they are medically vulnerable or compromised so the 95% is the aspiration, it is what is needed for everyone to be safe and covered," Narayan underlined.

Stressing that she is the mother of two children, Narayan says she understands parents who are exposed to a multitude of information from all sides but underlines that an abundance of incorrect and unverified information is in circulation.

- The importance of proper information and education –

Narayan once again called up and urged parents to protect their children.

"Immunization is the best way to protect children and their health. Immunize your children," Narayan underlined.

When it comes to the worst or most risky countries in Europe in terms of measles, Olsavszky points out that Serbia, Albania, Montenegro and Greece are among the top 10 most vulnerable countries in Europe, as well as Romania, warns Olsavszky, countries that are not geographically far from Bosnia and Herzegovina.

He recalled that WHO recommends a 95 per cent immunization protection at the general level.

"We even go more than that, we recommend that this percentage is also observed on smaller administrative units. So, if we had even a satisfactory percentage at the state level, we would have to observe some minor parts. As in the Canton of Sarajevo, for example, in the municipality of Novi Grad, coverage is even below 50 per cent. So, it is necessary to look not only at a wider level but to enter as deep as possible into the analysis and observe as few units as possible to see which parts are to be protected to raise collective immunity," Olsavszky said.

The only message and recommendation are, underlines Olsavszky, certainly immunization, not just children.

"Not only children, it is certainly mandatory, but there is also an adult population who did not receive vaccines in the period when it was supposed to be done. So now it is necessary to do 'catch-up' immunization, that is, the replacement of the propellant vaccines," explained Olsavszky.

Talking about verified information on the vaccine, Narayan stressed that this information is certainly possible through the Ministries of Health or the Public Health Institutes.

When it comes to information via the Internet or blogs, Narayan states that the blog "vakcine.ba" is a place where the right information can be found. This platform is supported by UNICEF, and information can be found here for non-medical readers. There are also answers to several questions from parents, from relevant experts, and this is certainly a place where parents can solve many concerns about the vaccine and immunization.

- Measles occur with the decline of collective immunity –

"This is another sign of warning that the situation could be even more complex. So, Serbia is a country where the epidemic lasts for two or three years, with a very high number of patients. Romania has the highest mortality rate, with 32 deaths. If we pay attention to the number of fatalities, it means that there was almost no immunization," said Olsavszky, who originally hails from Romania.

"The only explanation that can be found is that there is a decrease in interest or appetite for immunization. If we look at the Nordic countries, Denmark, Finland, and even closer to us Hungary, where coverage is over 95 per cent, we have no recorded cases of illness," Olsavszky said.

When it comes to measles, the vaccine is the only way to prevent this disease. There is no natural way to prevent it, therefore, no healthy lifestyles or a healthy diet.

"The child will not only suffer but is at risk of losing his life. Measles can cause that," Olsavszky said.

Asked to comment on the reasons stated by parents who do not want to vaccinate their children, and these are frequently mentioned in the media about vaccine delivery in the context of the pattern of certain illnesses, specifically the alleged relationship between MMR vaccine and autism, Narayan underlined that this is not true.

"A study linking MMR with autism is the work of a doctor who is discredited from the medical chamber and is forbidden to practice medicine in his home country. It is a 20-year-old study that has been published and withdrawn from the magazine in which it was published and from which all have been enclosed," Narayan said, adding that no other studies since then have led to these two occurrences so far.

She recalled that two weeks ago, the results of the newest ever-ever global study were published, which confirmed that there is no connection between the vaccine and autism. This is, as she said, a study in which 600,000 children were included as a sample.

- Vaccines in Bosnia and Herzegovina undergo all the necessary controls –

One of the reasons why parents do not want to vaccinate their children, which can often be heard in the public area, is the question of the quality of the vaccine.

Olsavszky explains that no country in the world can afford to put on the market or use vaccines that are not high quality and safe.

"If we talk about quality, it means that the vaccine does what it is supposed to do, that is, to create immunity, to provide protection against the disease. If we talk about safety, then there are as few side effects, a few possible consequences as the vaccines cause a reaction of redness or temperature," Olsavszky said, adding:

"Bosnia and Herzegovina has at least two security mechanisms for checking and certifying the quality and safety of vaccines, one is a European standard and a way of checking, because Bosnia and Herzegovina, in the framework of its pre-accession process, should harmonize all its rules and regulations with the European standard, that is, the licensing agency to purchase vaccines. The second is a WHO system that pre-qualifies vaccine suppliers outside the European Union market that meet certain standards. For example, if they are purchased on the Indian market, then they must pass all those quality checks."

Narayan eventually sent a message to all parents.

"Please vaccinate your children. Vaccines are safe, vaccines given in Bosnia and Herzegovina are safe and certified, they go through quality assurance-quality testing processes and have passed. Do not allow your children to be at risk and do not leave anything to chance. Because it is better to be safe than sorry," Head of UNICEF in Bosnia and Herzegovina Geeta Narayan underlined.

Olsavszky, questioned by WHO statistics on the benefits of the vaccine, or the consequences of non-vaccination, stressed that when it comes to the use of the vaccine, it is possible to talk about the estimates. Nevertheless, it says that vaccines save millions of lives annually. At the same time, he warned, in Europe, only 85 deaths were reported last year, the cause of which was measles.

Asked if he believed that each country should introduce a legal obligation to vaccinate, Olsavszky replies that the WHO does not have a strong view on this issue.

"In our European region, a large part of the country has a mandatory, or legally prescribed, other countries do not have it. What we consider to be extremely important is that people know what the benefit of immunization is, what is achieved, and what are the dangers in the case of a disrupted immunization system. Vaccines are safe, and they save lives." 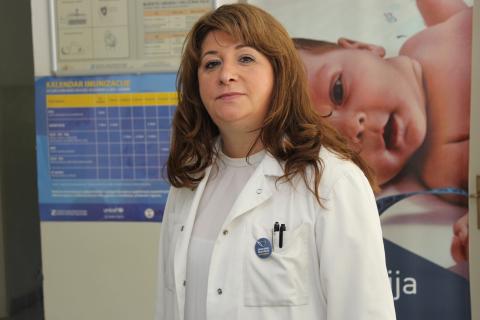 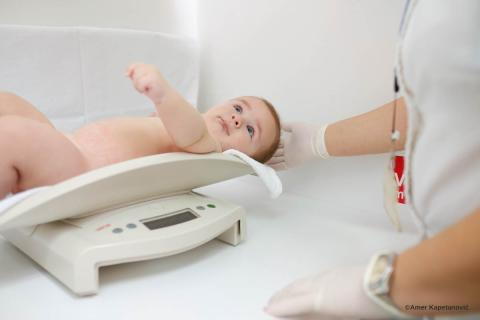 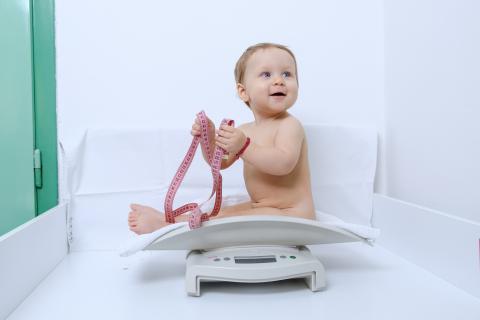 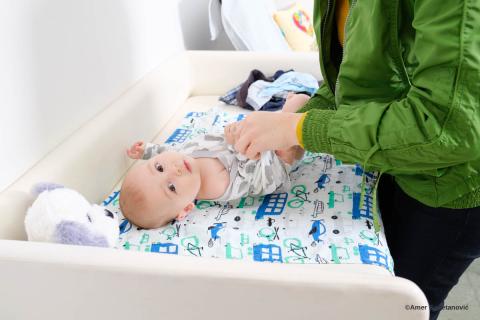