“The contribution of people, local heroes such as the school principal and staff on leave, who invest their energy in these activities is important, and everything happens because of their motivation.”

In one of the classrooms, Vahid, with his teacher Samra, learns how to pronounce the names of various body parts, a small group with Anita and Mercia are making paper fish that stick to a board with drawn waves representing the sea. Other works were exhibited in the classroom, including paper boats with children's names and the names of the countries they came from. The liveliest atmosphere is in the gym where girls and boys play basketball. The summer school at Ostrožac Primary School near Cazin being attended by children from temporary reception centers Sedra and Bira during the summer break is made possible through the partnership of the Una-Sana Canton Ministry of Education with Save The Children and UNICEF, with support of the European Union and Sweden.

"It's nice for us here, with our teachers, we learn, draw, write, play, play volleyball, basketball and football, go on regular trips, visit Bihać and Cazin and have fun," the children from the summer school say.

The principal of Ostrožac Primary School says he is happy that during the summer holidays this school can accommodate children, many of whom went to school during the last semester. Most of them will be starting their new school year with their classmates from school.

"Children are children and that's how we look at them. They fit in well, they are interested in participating in all the lessons and extracurricular activities at our school, they love sports so much that we have provided them with the opportunity to engage in sports activities, they love music and through the sections they have been preparing for performances with classmates at the school," says the director of the Ostrožac Elementary School Hajrudin Okanović, remembering two boys who had a particular desire to perform at the end of the school year.

"They prepared everything, but they complained that they did not have the clothes to perform. We took them to a store where they picked shirts and bowties in which they performed. After school, they moved on and recently contacted us from European countries,” Okanović concludes.

UNICEF Representative in Bosnia and Herzegovina, dr. Rownak Khan recently visited the summer school and expressed her satisfaction with what she saw:

"I have seen children in this school get a chance to experience at least a little bit of a normal childhood after the many traumas have experienced. Here they can learn, play and be children. They feel comfortable and happy at school,” said dr. Khan underlining that, with the efforts of UNICEF and partners, the key role of people in the field is particularly important:

“The contribution of people, locally-based heroes such as the school principal and staff on leave, is important, they invest their energy in these activities and everything happens because of their motivation. The system exists, but it cannot function without the people who run it. "

The summer school started immediately after the end of the school year in the elementary schools Harmani I and Ostrožac, and later also in the elementary school "Prekounje," and with all the mentioned activities it will help the children be better prepared for the next school year."Thanks to the schools that have taken in children during these summer months, they have a continuing sense of security, and I hope they will sit in class with their peers in September," says Amila Madžak, Education Officer in the UNICEF’s Zone Office in Bihać. 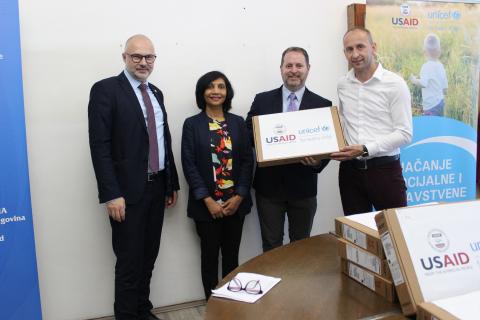 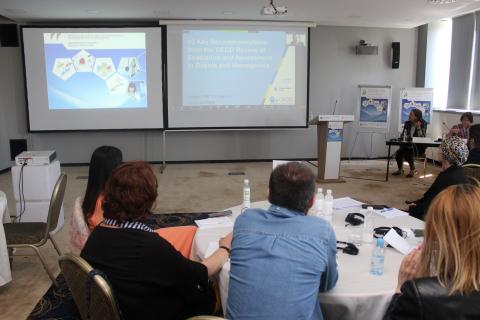 INTERVIEW: OECD Policy Analyst Caitlyn Guthrie on the Review of Evaluation and Assessment in Education in Bosnia and Herzegovina 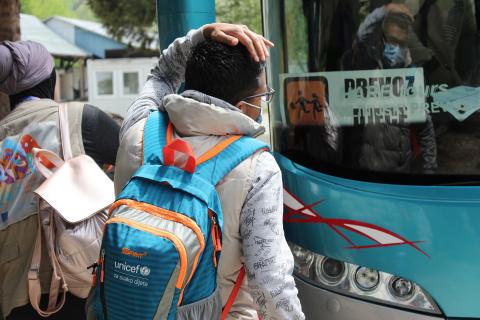 European dream of future chefs and hairdressers from Ušivak 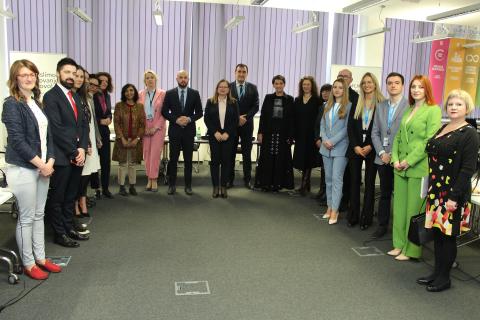