Manual for the Inclusion of Refugee, Asylum Seeker and Migrant Children in the Education process in

The first institutional response by the competent education authorities to the needs of children caught up in the huge influx.

There were approximately 8,000 refugees, migrants and asylum seekers in Bosnia and Herzegovina at the end of 2019 of whom 33 per cent were families with children and 7 per cent unaccompanied children. Many children from war affected countries such as Syria, Afghanistan and Iraq have never attended school or have lost years of study. The arrival of this many asylum seekers and migrants has put the tolerance, openness and humanity of states and their citizens to the test. Above all else, it has tested the institutional readiness of states to cope with the various challenges linked to migration. One of these challenges is the right to education. Education is a basic human right guaranteed by international and domestic conventions and laws that stipulate the right of every child to education without suffering any form of discrimination. Accordingly, the Ministry of Civil Affairs of Bosnia and Herzegovina launched an initiative together with the competent education authorities and partners to establish a working group to participate in the development of a manual on the inclusion of refugee, asylum seeker and migrant children into the education process in Bosnia and Herzegovina. The ‘Manual for the Inclusion of Refugee, Asylum Seeker and Migrant Children in the Education process in Bosnia and Herzegovina’ was developed through a series of meetings held over the period May to December 2019 as well as through the individual work of all members of the Working Group. The manual was produced in the year commemorating the 30th anniversary of the adoption of the Convention on the Rights of the Child, which is an international document that commits the world to guaranteeing equal rights to life, family, education, well-being and happiness. The manual is a contribution to this goal in that it focuses on refugees, asylum seekers and migrants who want to be just children. The UNICEF Office in Bosnia and Herzegovina provided technical and financial support for the development of the manual and we would like to take this opportunity to express our deepest thanks to the Ministry of Education and Technological Development of the Republic of Serbia for the provision of the Manual for Schools involved in the Implementation of Expert Instructions for the Inclusion of Refugee/Asylum Seeker pupils in the Education System of Serbia, which served as the framework for drafting the current manual in Bosnia and Herzegovina. 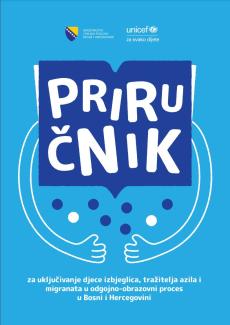 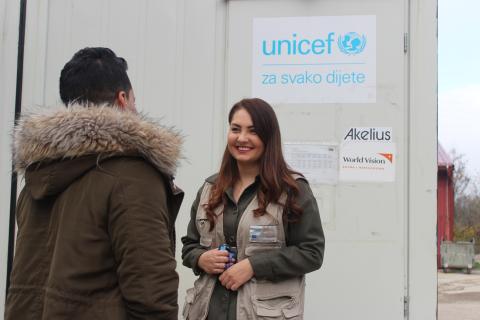 Support and a friend that children can confide in 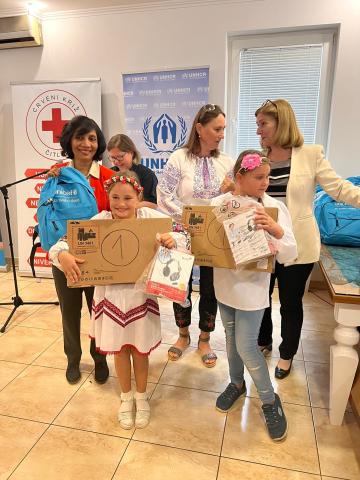 UNICEF and UNHCR paid a visit to Ukrainian refugees in Medjugorje 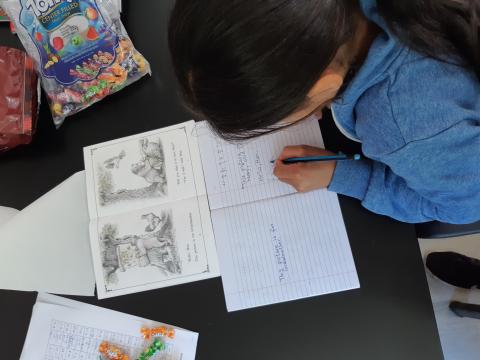 “It's okay not to know something, because everything can be learned” 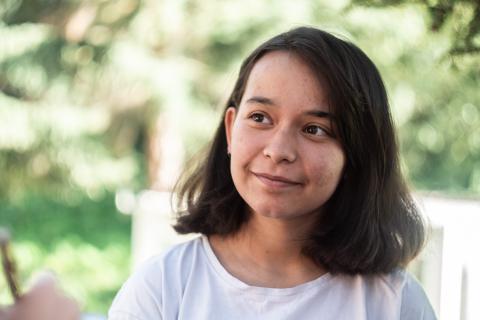 I WISH ALL PEOPLE HELPED EACH OTHER MORE

Fundraising bazaar "Children on the move for children with cancer" held in the Temporary Reception Center Usivak.