The rather utilitarian classroom at Holy Family Roman Catholic primary school in Hopkins Village would normally be overflowing with children.  Today however, four lawyers are using it to set up a temporary law office.  It’s a regular school day and thanks to thin walls and open windows it is easy to hear activity in the surrounding classrooms.  A cool breeze blows in from the nearby sea while a steady rain falls outside.  It’s a welcome break from the heat at this time of year, but in a village where most people get around on foot the wet weather may not be good for business.  Even if there is no charge for the legal services being offered.

The Legal Advice and Services Centre has brought their traveling clinic to Hopkins.  This is the latest stop on a country-wide tour that will see lawyers offer pro bono legal counselling in 16 communities that otherwise may not have access to affordable qualified private attorneys.

Hopkins is a small coastal village in southern Belize.  It’s a laid back, tightly knit community where everyone knows everyone.  Visitors come to this village to enjoy a more authentic cultural experience than what they will find in some of the more popular tourist destinations of Belize.  But economic opportunities in this village remain hard to find.  Many residents live in relative poverty.

As expected, traffic at the clinic is slow as the day begins.  The lawyers wait, legal pads and laptops at the ready.  Eventually a few people, mostly women, begin to trickle in.

One of the first clients of the day is Pauline Castillo.  The single mother of two children was recently let go from her job at a resort after 17 years of service.  “I was planning to go to a private attorney,” she says, “but that would have been hard.  This is much easier since the lawyers came here.”  Ms. Castillo is concerned about whether or not she received everything she was due from her former employer.  After a brief consultation with one of the lawyers she appears to be relieved.  “The lawyer told me that as long as I had been paid my severance pay and my notice pay then my rights had been protected.”

“Sometimes people just want to know that they were not taken advantage of”, says Legal Advice and Services Centre attorney, Baja Shoman. “But if there is a matter that needs to go further they are referred to our office in Belize City and an attorney will deal with it there.”

Alfonsa Nunez may be one those clients requiring additional attention.  Two years ago a restaurant she had rented to someone was destroyed by fire.  Since then she has been unable to reach a settlement with her former tenant.  “I spoke to a (private) lawyer in Belize City and I paid him a fee of $500 (US$250) to help me”, recalls Ms. Nunez.  “He took my money and didn’t help me at all.  That was a year and a half ago.”  Ms. Nunez says she decided to consult with Legal Advice and Services because today’s clinic is free.  She left feeling encouraged. “They told me I may have to gather more evidence about the fire but they will help me work it out.”

The lawyers at these clinics are not just staff members of the Legal Advice and Services Centre.  Attorneys from outside the organisation have been recruited to assist on a volunteer basis.  Olabimpe Akinoulie is a crown counsel in the Attorney General’s Ministry.  She is also the deputy registrar for the Belize Intellectual Property Office (BELIPO).  Today, instead of dealing with impersonal issues like copyright and trademarks, she is helping people in Hopkins understand their legal rights when it comes to very intimate affairs such as divorce and child custody.  “One thing I can definitely say is their emotions show on their faces and those emotions dictate how you give advice.  How do you give them advice that might not be in their favour without causing more pain?”

By afternoon the weather begins to improve and the number of people stopping by the clinic begins to grow.  For the first time all day there are people waiting to speak with an attorney.

“Monica” (name changed to protect the identity of her child) had been planning to travel several hours to speak with an attorney before she heard about the free clinic coming to her village.  She alleges her son is the victim of police brutality.  “The police arrested my son last week and they beat him up, choked him, and said they were going to kill him or bury him alive”.

“Monica” says the police accused her son of being involved in a robbery; a claim she believes is false because no charges were ever laid.  “The police took my son to the hospital in Dangriga but I can’t get a medical record.  Yes, they say his name is in the computer but there is no medical record.”

The attorney who took “Monica’s” information will forward her complaint to the professional standards branch of the Belize Police Department.

This is the first series of traveling legal aid sessions for the Legal Advice and Services Centre.  With assistance from the European Union and UNICEF Belize, the clinics will continue until April of 2018.  Baja Shoman would love to see this type of program continue indefinitely. “Human resources-wise it is a strain”, she admits.  “But our hope is that this will be something we can continue.  Even if we did this every month we would still have new clients because the issues are reoccurring.” 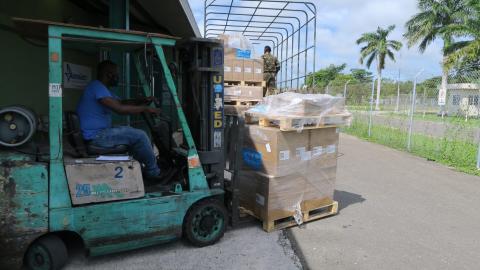 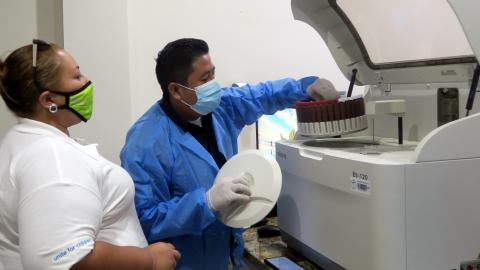 Getting quicker test results can save your life in Belize

With a functioning lab, communities at risk of being cut off from the rest of the country during heavy rains are now able to stand on their own feet 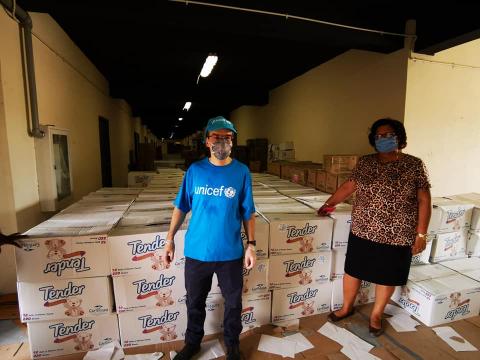 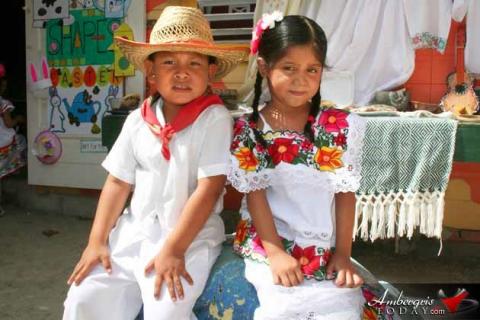 Now, an opportunity to enrich the health and life of the most vulnerable