Edouard Beigbeder was the UNICEF Representative in Bangladesh 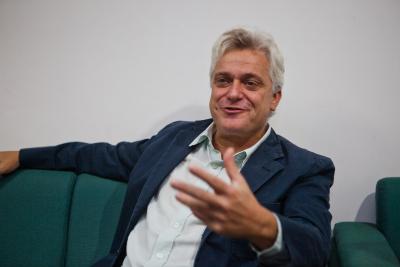 A French national, he has worked to further the rights of children and women for 20 years. He assumed the UN agency’s top office in Bangladesh on Dec 10, 2014.

After an earthquake in the Indian ocean triggered a massive tsunami in 2004, Mr. Beigbeder coordinated and implemented UNICEF programmes as Chief of Field Office in Aceh and Nias, Indonesia.

He is experienced in policy advocacy and headed the advocacy unit of Action Against Hunger in Paris, France.

In France, Beigbeder was the Deputy Director for Human Resources Management of Altran, a global provider of innovation and high-tech engineering services from February 2001 to June 2004.

Before that, as programme officer, between 1995 and 2000, he served many years in coordinating humanitarian assistance in various emergency situations.

During this time, he assisted the implementation of the organisation’s emergency response in Rwanda, the Democratic Republic of Congo, Kenya, Somalia and UNICEF’s Regional Office for Eastern and Southern Africa.