Education for over 60,000 children in camps and host community is disrupted because of damage to learning centres 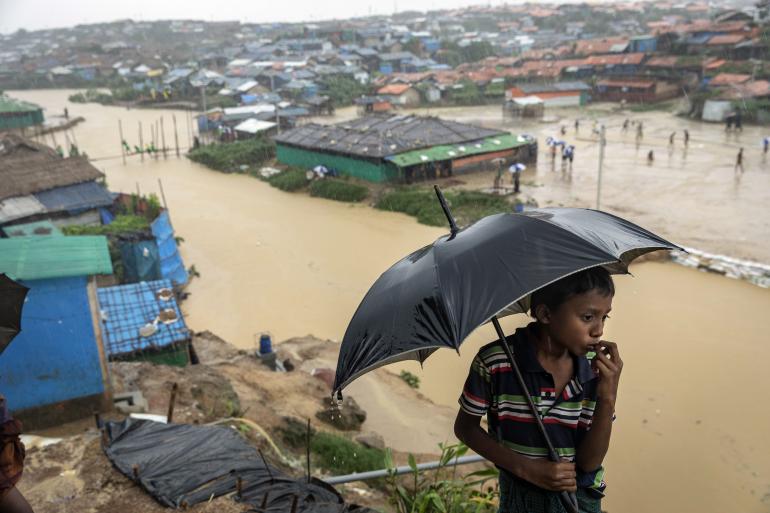 COX’S BAZAR, Bangladesh/NEW YORK, 9 July 2019 – Thousands of children and families living in the Rohingya refugee camps and host communities in Cox’s Bazar in south-eastern Bangladesh are at risk from flooding and landslides caused by heavy rainfall in the last few days. The situation is particularly grim in the camps where more than 4,000 families have been affected, many of whom have already been relocated to safe places.

“Conditions in the camps and host community are deteriorating rapidly because of the brutal weather and the humanitarian needs here are only likely to grow over the coming days with more downpour expected,” said acting UNICEF Bangladesh Representative Alain Balandi Domsam. “Together with our partners, we have ramped up distribution of essential supplies, including water purification tablets and plastic sheets, to children and families.”

According to reports, one 7-year-old boy drowned following heavy rain, and two children have been injured. Vital infrastructure on which children depend has also been damaged or destroyed. So far, five UNICEF-supported children’s learning centres have been heavily damaged and over 750 have been partially damaged, interrupting learning opportunity of over 60,000 children. At least 12 Child Protection centres have been damaged and one playground completely submerged by heavy rainfall.

At least 47 water distribution points and network, and over 600 latrines have been affected or damaged, increasing the risk of Acute Watery Diarrhoea (AWD), to which children are especially vulnerable.

“As the rains continue, so does the risk of unsanitary conditions, and affected people, especially children, falling sick of waterborne diseases,” said Berta Travieso, Acting Chief of UNICEF Cox’s Bazar Field Office. “Ensuring that children and families have access to safe water and sanitation is absolutely crucial to protecting them.”

UNICEF and its partners have also begun repairs to all affected services, including water and sanitation facilities, and learning centres to ensure minimum disruption to education for affected children. Mobile medical and nutrition teams are also ready to deploy if needed to monitor the health situation of children and mothers in the camps.

More than 500,000 Rohingya children are in need of humanitarian assistance in Cox’s Bazar. UNICEF has appealed for US$152.5 million to support the organisation’s work for refugee children and those affected in host communities in 2019. The current funding gap is US$68.7 million. 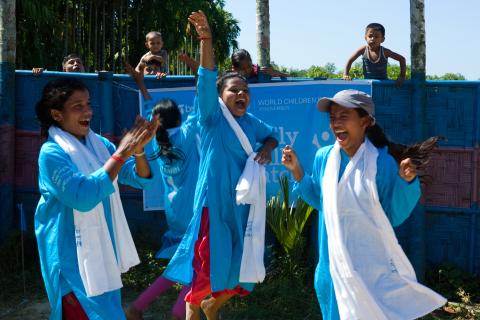 A win for friendship: Kicking out tension in Cox’s Bazar 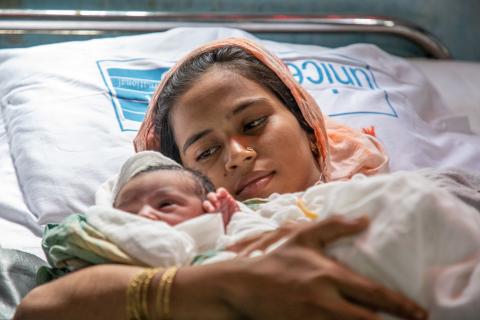 Postpartum and Newborn Care in the Rohingya refugee camps 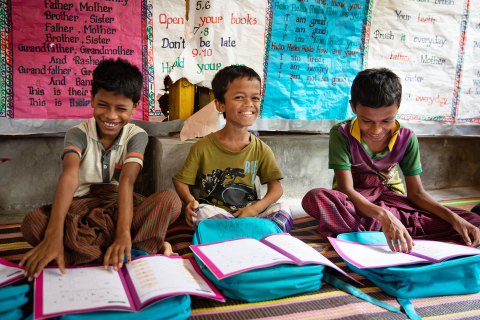 In the Rohingya refugee camp, an accessible latrine is making a difference in Irfan’s life 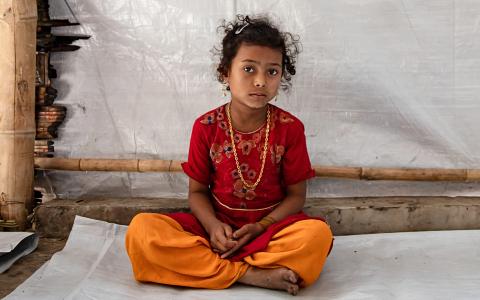 Jamila was rescued by her grandmother