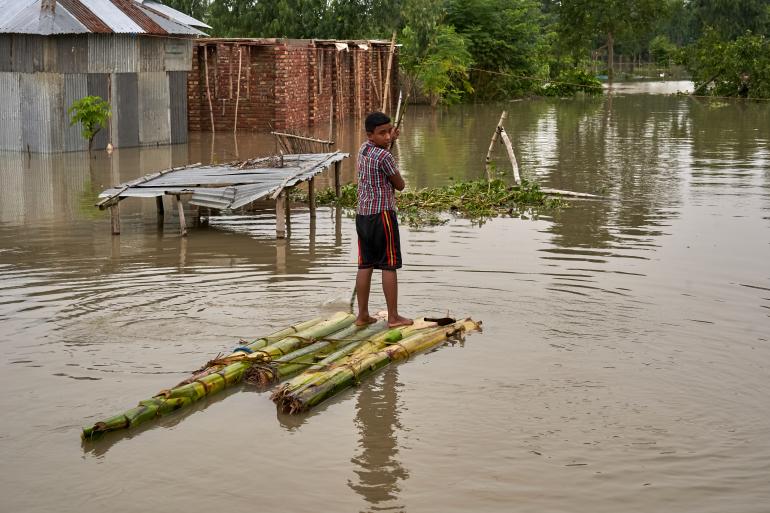 KATHMANDU/NEW YORK, 18 July 2019 – Heavy rainfall, flooding and landslides across three countries in South Asia – Nepal, India, and Bangladesh – have killed at least 93 children, and put the lives of millions more at risk. UNICEF estimates that more than 12 million people, including about five million children have been affected.

"Millions of children have seen their lives turned upside down by the torrential rainfall, flooding and landslides," said Jean Gough, UNICEF Regional Director for South Asia. "As the rains continue, these numbers are only likely to grow. UNICEF is responding urgently, working with local authorities and partners to ensure children are kept safe, and provide the support needed," she added.

Whilst many areas remain inaccessible due to damage to roads, bridges and railways, the most urgent needs for children are clean water, hygiene supplies to prevent the spread of disease, food supplies and safe places in evacuation centres for children to play.

UNICEF is on the ground working in close coordination with respective governments and humanitarian partners from the three countries to scale up its responses and respond to immediate needs of affected children and their families.

In India, more than ten million people have been affected across Assam, Bihar, parts of Uttar Pradesh and other north-eastern states, including more than 4.3 million children. As the situation develops these numbers are only likely to increase. In Assam alone, almost 2,000 schools have been damaged by floodwaters. Whilst parts of the country have been suffering from heavy rainfall and flooding, other parts are still reeling from the aftermath of severe heat and water deficit, affecting almost half of the country.

In Nepal, estimated 68,666 people are temporarily displaced, including 28,702 children. A total of 88 people have died, including 47 children (15 girls and 32 boys). 31 people are missing while 41 have been injured, according to the latest reports from the Government of Nepal. Nearly 12,000 households have been temporarily displaced in central and eastern Nepal. However, many affected families have started going back home since the rains have decreased and water level receded.

In Bangladesh, monsoon rains continue to affect most of the country, particularly the central-northern and south east regions. More than two million people have been affected by flooding, including around 700,510 children. An estimated 367,341 houses have been damaged or destroyed and 1,866 primary and community schools have been damaged by flood waters. Cox's Bazar in the south-east of the country – home to more than a million Rohingya refugees - has been hit by excessive rain this month.

"Across the region, we are seeing the devastating impact of extreme weather events on children and families,” said Gough. "As weather events become more extreme, unpredictable and erratic, it is children who are paying the heaviest price.”

While individual extreme weather events cannot specifically be attributed to climate change, the increasing frequency and severity of extreme weather - including recent high temperatures, intense rains and slow-moving weather fronts - are in line with predictions of how human activities are affecting the global climate.

Such events can cause death and devastation and can also contribute to the increased spread of major killers of children, such as malnutrition, malaria and diarrhoea. And as these extreme climate events increase in frequency and magnitude, the risks to children will likely outpace global capacity to mitigate them as well as to provide humanitarian response.

In Nepal, UNICEF is co-leading with the government line ministries and other partners to launch its immediate relief efforts and continue to scale them up. UNICEF has dispatched pre-positioned contingency supplies for Water, Sanitation and Hygiene (WASH), Health and Child protection to respond to this emergency. Supplies distributed include 104,200 Aqua tabs or water purifying chlorine tablets (35 mg), 284 buckets, 284 jerry cans, 284 hygiene kits, 800 tarpaulins and 3 Interagency Emergency Health Kits (IEHK). One kit serves 10,000 population.

In Bangladesh, UNICEF has moved speedily to support the government’s response to floods affecting people, homes and livelihoods across the country. UNICEF is at the forefront of effort to disinfect contaminated tube-wells. Initially UNICEF had prepositioned 2.5 million water purification tablets (WPT) with the government and started distribution in the flood affected areas. Due to the increased needs and requirement from the government, UNICEF has provided an additional 5 million WPT. UNICEF and its partners are also distributing hygiene kits, jerry cans and bleaching powder in the worst-affected northern and coastal districts. Concern is especially high for people living in low-lying areas who have been marooned in stagnant waters and in some cases have yet to receive relief supplies. While the flood threat has receded in the Rohingya refugee camps in the south-east of the country – where the emphasis now is on repairing the damage caused by heavy rainfall last week – elsewhere in Bangladesh the danger has by no means receded. As soon as the water levels recede, UNICEF will work with Bangladesh’s district education authorities to prepare emergency schooling in a protective environment to children whose education has been disrupted. UNICEF is also establishing temporary learning spaces and transitional schools equipped with emergency provisions to flood-affected children.  The agency and its partners are organizing boats to enable pupils and teachers to commute to and from their schools.

In India, UNICEF is working with the state governments to provide multi-sectoral planning and coordination support in the three worst affected states of Assam, Bihar and Uttar Pradesh. 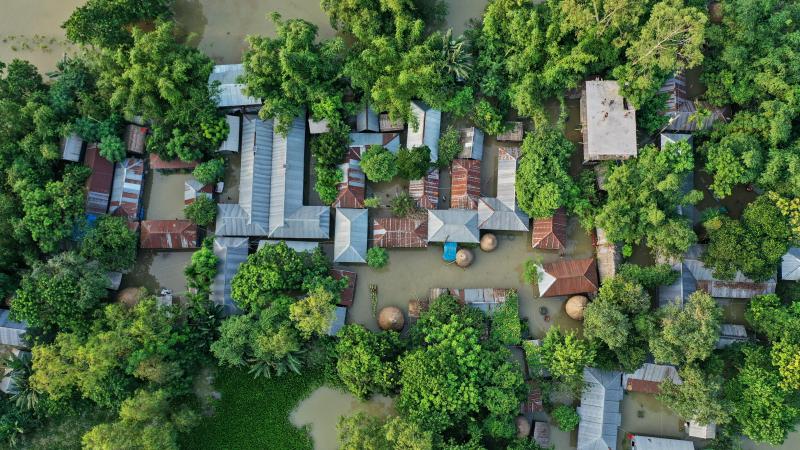 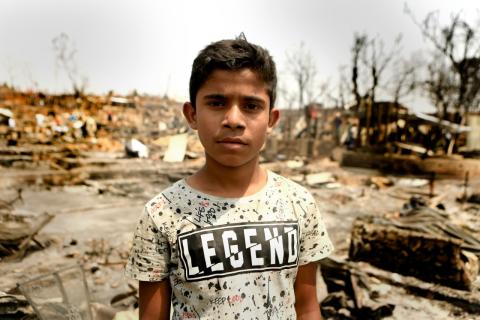 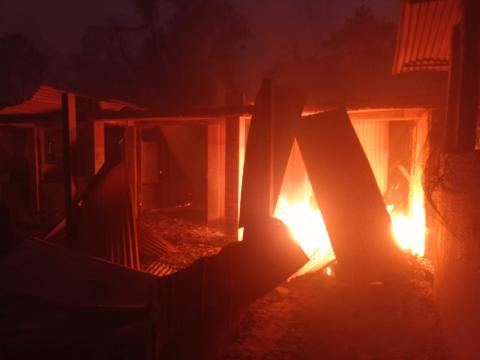 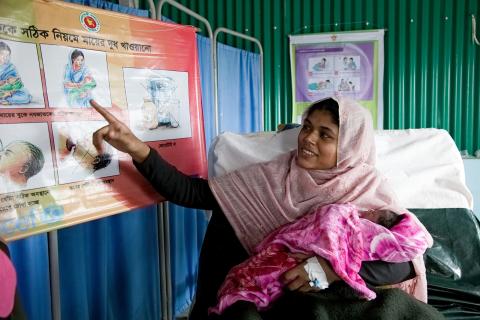