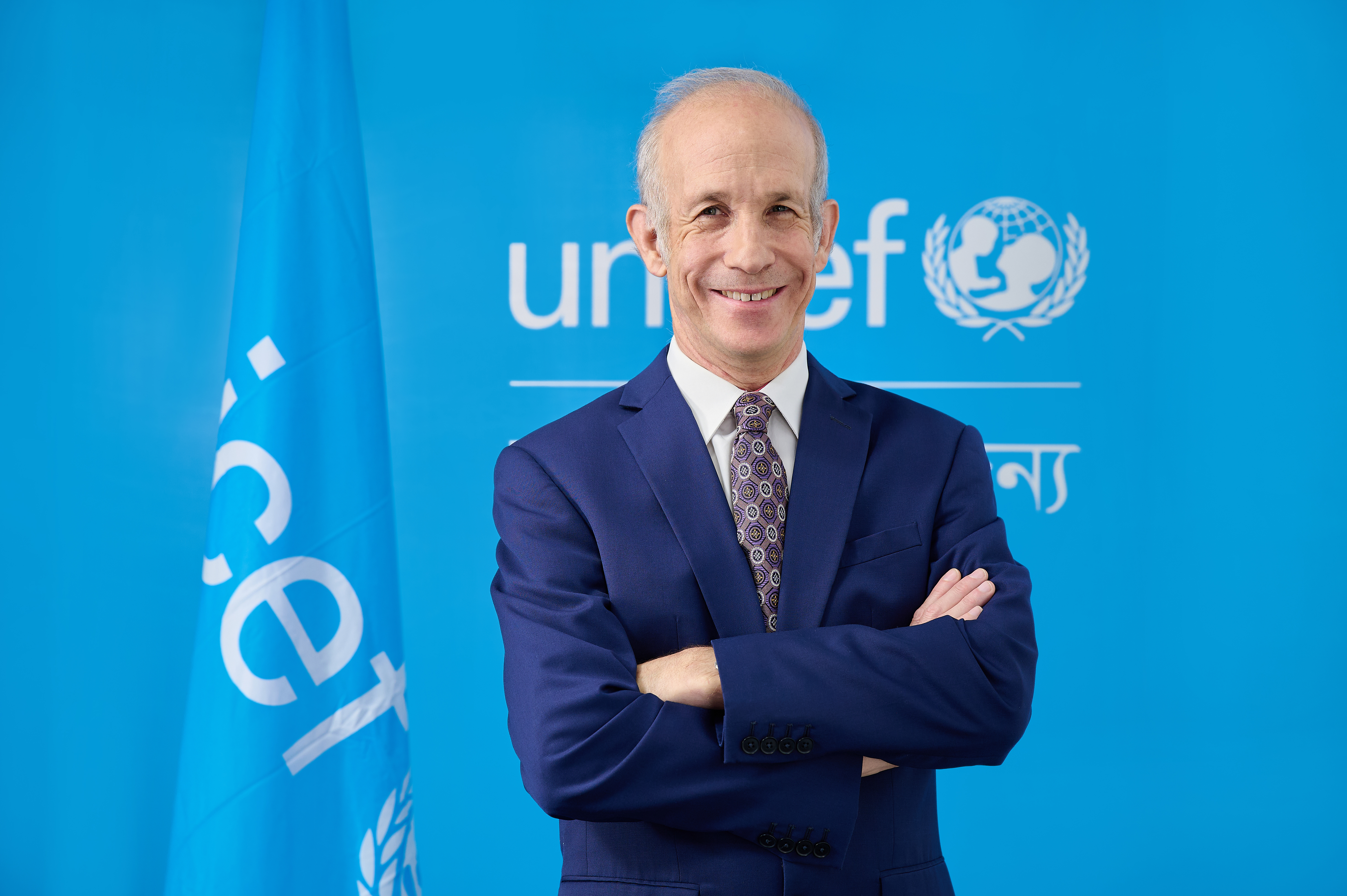 Mr. Sheldon Yett took up the position as UNICEF Representative to Bangladesh on 1 October 2021.

A national of the United States of America, Mr. Yett has worked for UNICEF since 1997, and has extensive experience of managing development programmes and humanitarian emergency responses.

Previous to joining the UN, Mr. Yett worked as a journalist.

Mr. Yett holds a Master of Arts in International Relations from Johns Hopkins University, and a Bachelor of Arts from Reed College.