The event organized by UNICEF, the Heydar Aliyev Foundation and the Italian Embassy promotes inclusive societies

“Inspiration through Art”, a dance and music gala performed by Italian and Azerbaijani dance companies, was presented on 9 December at the spectacular Heydar Aliyev Center. The event brought together performers with and without disabilities, and was presented to a full and enthusiastic audience that included many of differing ability themselves. It featured the Italian-based group “Nazareno” Social Cooperative and the local Baku-based “DanceAbility Azerbaijan” Inclusive Dance Company.

The event was held with the support of UNICEF, the Heydar Aliyev Foundation and the Italian Embassy in Baku with the aim of promoting inclusive societies and eliminating misconceptions surrounding disability through dance.

Nazareno presented two pieces by an electronic orchestra and several expressive dance performances. Also performing was international singer and composer Silvia Zaru, who is blind and was led onto the stage by one of the dancers of the group. As she sat at the piano and introduced her songs – “Beautiful that Way” and “Over the Rainbow”, appropriately chosen in line with the night’s theme – she said we must “smile and be simple and whatever happens in life, life will always be beautiful” and that “every dream we dare to dream really can come true”. Her powerful voice filled the concert hall, and her message resonated with the audience, which burst into applause.

DanceAbility Azerbaijan then took the stage in a twenty-minute modern dance piece, “Step”, choreographed by Artistic Director Nigar Ibrahimbayli. There were 11 performers ranging in age from 13 to 35, and one of the backstage contributors was 61 years old. Nazareno and DanceAbility came together in a short final joint performance entitled “Imagine”.

“Delighted that UNICEF Azerbaijan and our friends at the Italian Embassy in Baku, Heydar Aliyev Foundation and DanceAbility Azerbaijan could come together with Italian arts NGO Nazareno to showcase the power of inclusive arts - people with and without disabilities performing as one and bringing home the message that it’s all about ability!” said UNICEF Representative in Azerbaijan Edward Carwardine. “Whether in arts, sports, leisure, education or the workplace, we can and should do more to remove the barriers to inclusion that too often confront people with disabilities - and unleash this type of potential for every child.”

Nazareno, founded in 1981, provides a number of services to individuals with disabilities, such as rehabilitation, mental health support, social integration, and professional training courses for young people. They encourage and promote dignity of individuals with disabilities through developing one’s network and connections. The choreographer, Irene Stracciati, has worked in modern and classical dance schools in Italy, and over the last three years has expanded her work to include those with mental and physical disabilities.

The President of Nazareno, Mr. Sergio Zini, shared with the audience, “It has been really impressive being in a distant country and find men and women with our same heart. We realize that art and beauty unite us because both are expressions of the same heart given to everyone. We wish to communicate an image to you: the hope that every man can live a life worth living in freedom and peace.”

DanceAbility Azerbaijan is a newer group, founded by the Director, Nigar Sultanova, in 2017. The DanceAbility methodology was created by Alito Alessi in the United States in 1987, and has branches in a number of countries. Nigar attended a teacher certification course at a festival in Austria in 2016 and opened an independent branch of DanceAbility in Azerbaijan. She is one of 700 DanceAbility teachers around the world.

Nigar has worked towards contributing to the inclusiveness of individuals with disabilities of varied ages and life experience. She works with professional and non-professional dancers and those with and without disabilities with the aim of improving qualities such as self-confidence, creative expression, communication skills, and empathy. She said, “Like all DanceAbility organisations around the world, DanceAbility Azerbaijan is aimed at developing an inclusive society by holding master classes, seminars, teacher training programs and dance performances.”

A participant of the program, Lala Babayeva, shared that “DanceAbility has shown us that you are able to be yourself, trust yourself, and do what you feel without any doubts. You’ll see that you’re not alone, that there are many people who want to create a connection.”

The emcee for the evening recapped the spirit of the event nicely, noting that art unites all people and shows us that we all have unique abilities and just need the opportunity to discover them. He said that one day there will be no need to say the word “inclusive”, as through art, education, and social development, we are continuously moving step by step towards a world where no one is isolated or separate from each other.

As Nigar believes, “Each of us have our own unique brilliance, we just need to have the opportunity to discover it.” 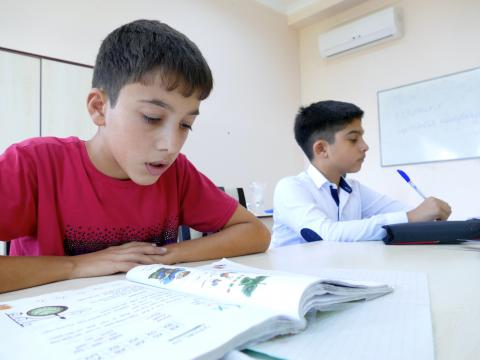 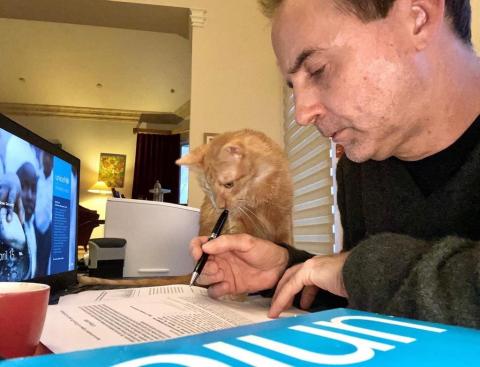 Being stronger together starts with me and you

Being stronger together starts with me and you