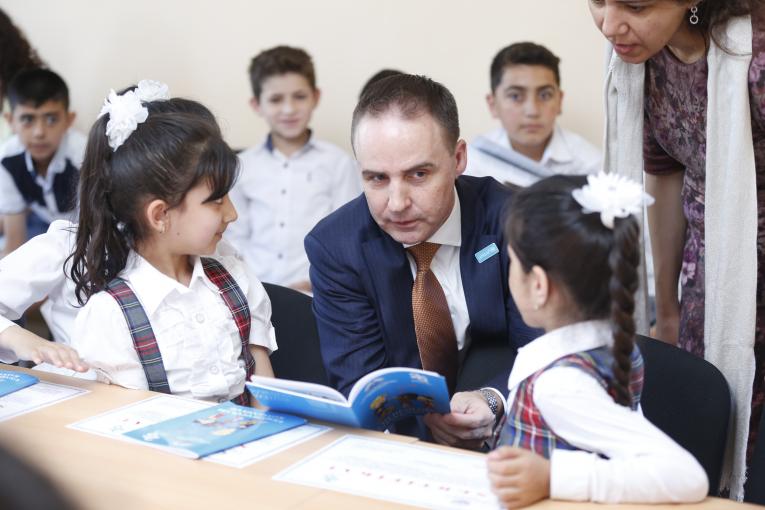 Baku, 28 June 2018. Time passes so quickly – it is almost two years since I arrived in Baku, excited to be in a new environment, but aware that I was coming into an unfamiliar context. Looking back now, I certainly feel more confidence – not necessarily in myself (I have failed terribly to learn the Azerbaijani language, and my attempts at making pomidor çığırtması, Azerbaijan’s famous tomato and egg breakfast dish, have not been very successful) - but I certainly feel confidence in the direction that Azerbaijan is taking for its children.

Why? Because over the last two years I have met some truly inspirational children, young people and families - each one of them representing the ‘human gold’ that President Ilham Aliyev himself has recognized as the key to Azerbaijan’s development.

While much of UNICEF’s work here focuses on improving policies for children, strengthening technical capacity and knowledge amongst those who work with and care for children, all our efforts inevitably touch something very tangible … real children, living real lives.

I have sat in classrooms where children with and without disabilities learn together, and seen the determination of pupils and teachers to break down the stigma and social exclusion associated with disability. That’s human gold.

I have talked to young teenagers living close to conflict-affected areas of the country – young people who have experienced first-hand the fear and stress that conflict inflicts – and seen them designing better services and facilities to make a lasting contribution to their own communities. That’s human gold.

I have met parents of children taking part in their first school preparedness lessons, and heard them talk with excitement of their children now coming home after classes full of questions and ideas to share, bonding better with other children, demonstrating an appetite for learning that their parents actively encourage. That’s human gold.

And I have stood alongside parents and coaches of young disabled athletes and seen the unshakeable pride in their eyes as they talk about those youngsters’ achievements. That pride has left me humbled by the simple message it conveys – ‘look at our children’s abilities, and do not be distracted by their disabilities.’ That’s human gold.

Azerbaijan’s children and young people represent the country’s most valuable assets. And with the right investment and right opportunities, that human gold will deliver dividends that will improve the lives of future generations – through improved health and productivity, better education, reduced dependency, increased educational attainment and strengthened social cohesion.

But I have also met those Azerbaijanis for whom life is still a struggle. Such as the family of six with a disabled father and out-of-work mother, trying to make it through every difficult day in a two-room apartment. And the single mother, abandoned by her husband, who felt so ashamed to appear in her own community that she and her children had withdrawn into a relative’s home, becoming increasingly isolated. And the teenagers who through a combination of poverty and poor choices had suffered terrible abuses and exploitation at the hands of adults.

The measure of a successful nation is how well it creates a fair chance for those who face such struggles, and have yet to experience success themselves.

In Azerbaijan, there are children and young people who need our support to have the fairest start to life. The child with a disability still being educated at home, isolated from friends. The unborn girl who – simply because her parents know the fetus is a girl – never makes it from the womb alive. The young man who commits a petty crime, drops out of school and is thus more likely to continue to engage in crime to survive. Even the new-born baby, whose physical and intellectual development is already under threat because its mother doesn’t know about the importance of feeding her infant anything but breastmilk for the first six months.

But these are the challenges that we are going to address, through our joint efforts with the government, the Parliament, the local district authorities, the private sector and the non-government and civil society networks across Azerbaijan.

And I am confident that we will overcome these challenges. Because over the last two years, in every child, every young person, every parent, every health worker, every teacher, every youth worker, every judge, every legal aid adviser, every sports coach, every Head of District or State Agency, every Member of Parliament, and every government Minister I have met, I have encountered the same deeply-rooted belief  - that if, together, we tackle the social barriers preventing every child from having the best possible start to life, Azerbaijan will continue to grow and prosper.

I am looking forward to seeing what more we can achieve in the years ahead. Who knows, I may even make a decent pomidor çığırtması as well. 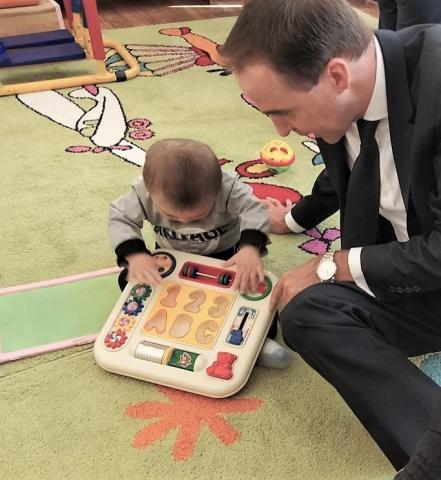 A year for children 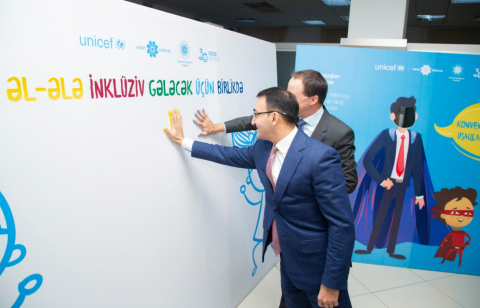 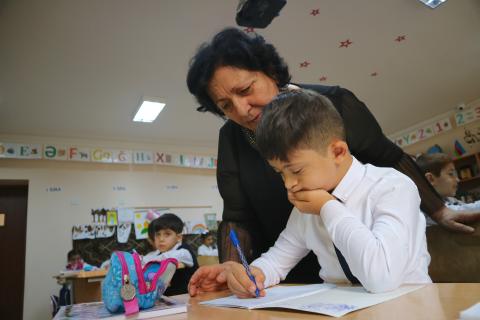 Joint UNICEF and Ministry of Education venture seeks to create schools and classrooms equipped to help all children achieve their fullest potential. 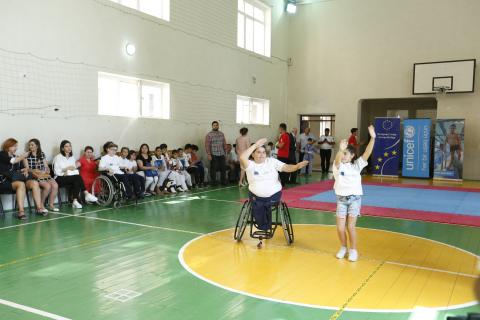 Looking into your eyes gives me a lot of energy to continue to work for your interests and create more opportunities for each of you.