Elina, 17, Milena, 16 and Lina, 14, first experienced distress when conflict escalated in 2016 in Nagorno Karabakh, and now spend much of their free time helping other affected children who recently arrived in Yerevan, through song and music.

The three sisters are among dozens of teenagers working with UNICEF Armenia and the Nexus Center for the Arts to reach others with art-focused psychosocial support sessions.

In 2016, they had already helped at an orphanage. “Now, four years later, we need to help ourselves. Our building is damaged, we cannot return there, and while we are here we would like to be of help to our brothers and sisters,” said Elina.

“We could have stayed at home, but when we saw the musicians from Yerevan touring from one region to another to help the people in the shelters, we decided to join them and also help with everything we could,” Milena said.

Hasmik Aleksanyan, who leads adolescent development programmes at UNICEF Armenia, said it had become clear in early October, in the first days of the conflict, “that adolescents also needed psychosocial support and a creative means to continue learning and expressing themselves.”

“We quickly teamed up with the Nexus Center to offer art therapy, but this is so much more than that. Coming here helps them heal, learn more about the Armenian culture, express themselves in creative ways, and meet new friends,” she said.

Music teacher Tamara Atanesyan, described a powerful moment during one of her music sessions. “We had a young pianist who would never share anything about what he had seen or lived through. One day he played longer than usual, closed the piano and then spoke at length. He was no longer able to conceal the pain that had accumulated for weeks and had finally found a way to share and release those emotions. I am sure music and the piano played their role in this,” Ms. Atanesyan said.

At the Nexus Center for the Arts in downtown Yerevan, a group of adolescents from Nagorno-Karabakh crowd around center’s director, Anna Meschyan, greeting her with hugs and laughter. Musical instruments and painting supplies are dispersed around the space.

Milena, who started playing the guitar just four months ago, is upbeat about the future. “We want to establish our band and further develop our skills. When we return home, we will join the work of restoring Nagorno-Karabakh. We will work with children and help awaken the cultural life. Everything is still ahead of us.” 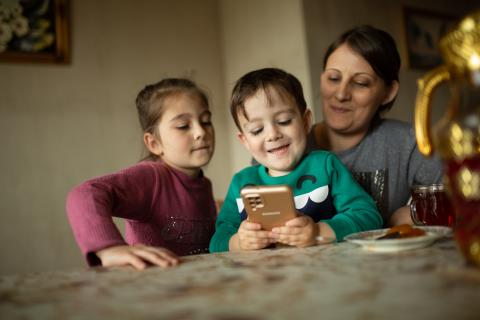 Financial assistance to families displaced by the NK

With the support of the US Government, UNICEF assisted over 3,159 children displaced from Nagorno-Karabakh and resettled in Armenia. 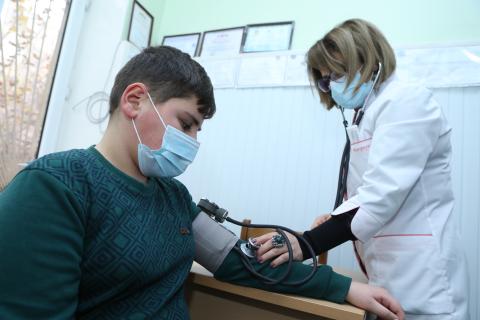 Over the past year, UNICEF reached 10,000 children displaced from Nagorno-Karabakh through regional polyclinics and mobile teams with the financial support 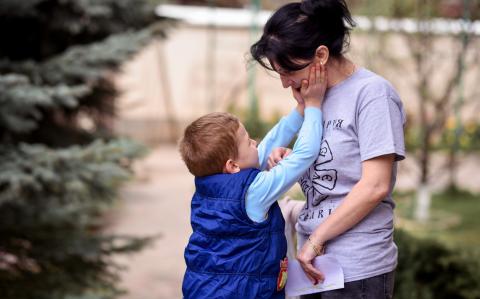 How to provide psychological first aid. 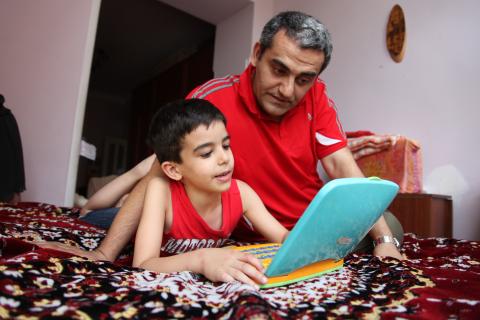 What can a parent do to help their child?

Here are some tips to help children in difficult situations.