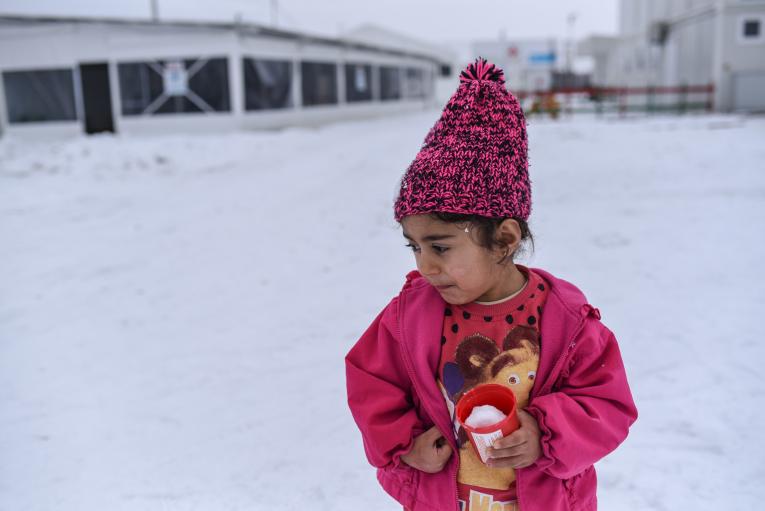 UNICEF/UN049071/Georgiev
On 18 January 2017, in the Tabanovce refugee and migrant centre, a Syrian girl, carrying a plastic cup filled with snow, contemplates whether to join outdoor activities considering the freezing weather.

NEW YORK, 20 January, 2017 – With no sign of a let-up in the extreme cold weather and storms sweeping Central, Eastern and Southern Europe, refugee and migrant children are threatened by respiratory and other serious illnesses -- and even death from hypothermia, UNICEF said today.

In Greece and the Balkans, an estimated 23,700 refugee and migrant children - including infants and newborns mostly from Syria, Iraq and Afghanistan – remain stranded. Many are being housed in shelters that are ill-equipped for winter, even as temperatures fall below freezing.

Some parts of Greece, especially the islands where thousands of refugees are sheltering in flimsy tents, have experienced heavy snowfall for the first time in years. UNICEF continues to call for refugees and migrants currently living in overcrowded and underserviced camps on the islands to be moved to more appropriate and safe accommodations on the mainland.

“Without proper shelter and warm clothing, young children are in real danger because of the severe weather,” said Basil Rodriques, UNICEF Regional Health Advisor for Central and Eastern Europe. “Infants and the very young generally have less body fat to insulate them against the cold, making them more susceptible to respiratory problems and potentially fatal viral and bacterial infections such as pneumonia and influenza.”

Overcrowding and poor insulation make the shelters particularly unhealthy, and allow respiratory diseases to spread quickly when cold weather hits. According to the WHO, Europe’s influenza season is already underway.

“Apart from the cold weather, the health risks children are facing are a consequence of their plight as refugees and migrants, the victims of uncertainty and of backlogs in processing their claims to asylum,” said Rodriques. “This state of limbo impacts on children’s health, compounding their hardship”.

In Bulgaria, UNICEF has supported 500 children in reception centres with a full set of winter clothes. Since late 2015-2016 child and family support hubs, child-friendly spaces and mother and baby corners were transformed from the initial light structures into winterized and heated pre-fab and container structures, or have since moved into hard/permanent structures. UNICEF is also distributing winter clothing and other essential items for women and children, using mobile teams in some places. 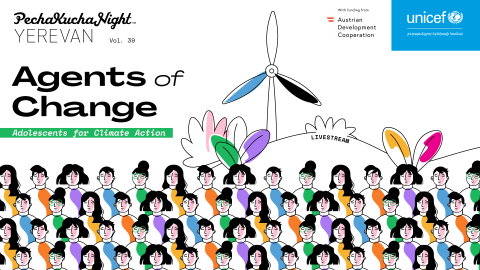 Children, decision makers and donors came together in an online PechaKucha event about climate action during the coronavirus pandemic 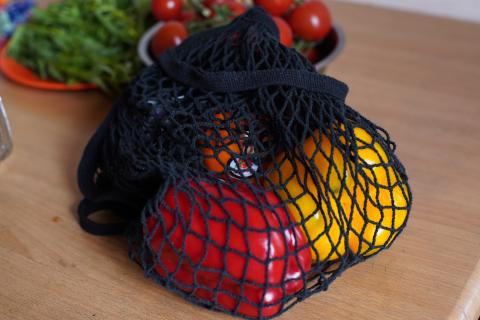 Plastic pollution is a number one issue for the environment. UNICEF and Austrian Development Agency have collected some tips on how you can reduce plastic c 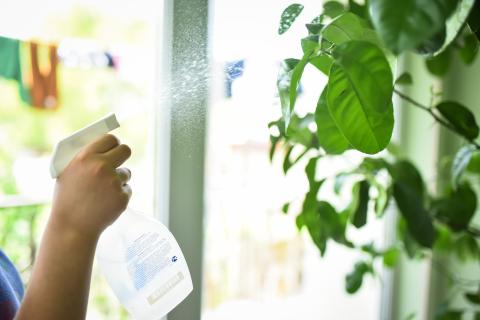 7 ways to improve the quality of air at home 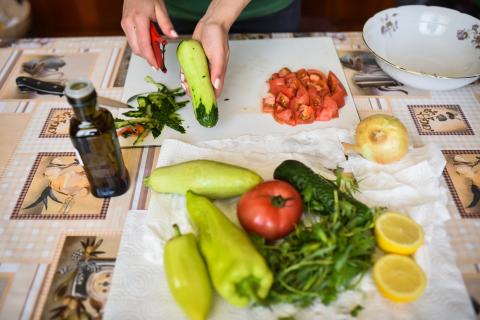