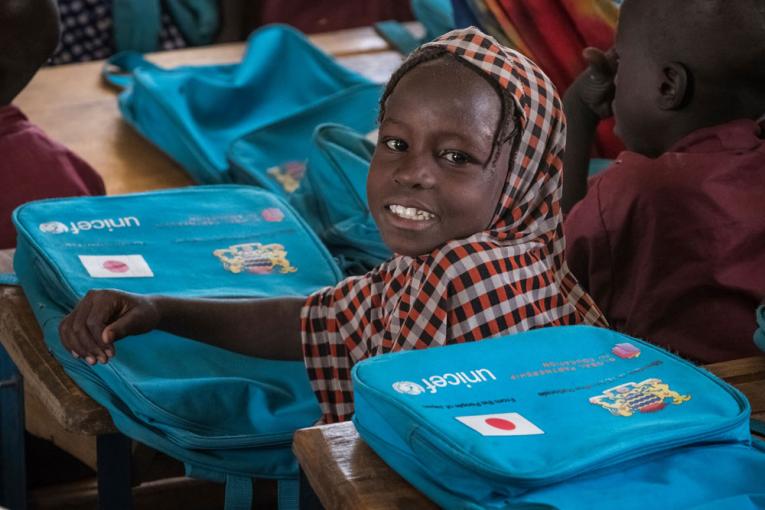 UNICEF/UN067745/Sokhin
A girl smiles as she attends a class at the School of Peace at the Kousseri internally displaced peoples site in the Lake Region, Chad

HAMBURG, Germany/NEW YORK, 7 July 2017 – Funding shortfalls are threatening education for millions of children caught up in conflicts or disasters, UNICEF said today ahead of the G20 summit in Hamburg.

Of the $932 million needed this year for its education programmes in emergency countries, UNICEF has so far received recorded voluntary contributions of less than $115 million. The funds are necessary to give 9.2 million children affected by humanitarian crises access to formal and non-formal basic education.

“Without education, children grow up without the knowledge and skills they need to contribute to the peace and the development of their countries and economies, aggravating an already desperate situation for millions of children,” said Muzoon Almellehan, UNICEF’s latest – and youngest – Goodwill Ambassador, speaking from Hamburg, Germany, where she is representing UNICEF at the G20 Summit. “For the millions of children growing up in war zones, the threats are even more daunting: Not going to school leaves children vulnerable to early marriage, child labour and recruitment by armed forces.”

Funding gaps for UNICEF education programmes in some of the world’s hot spots vary from 36 per cent in Iraq, to 64 per cent in Syria, 74 per cent in Yemen and 78 per cent in the Central African Republic.

Pursuing educational opportunities has been cited as one of the push factors leading families and children to flee their homes, often at great risk to their lives. A survey of refugee and migrant children in Italy revealed that 38 per cent of them headed to Europe to gain access to learning opportunities. A similar survey in Greece showed that one in three parents or caretakers said that seeking education for their children was the main reason they left their countries for Europe.

For children who have experienced the trauma of war and displacement, education can be life-saving.

“When I fled Syria in 2013, I was terrified I would never be able to return to school. But when I arrived in Jordan and realized there was a school in the camp, I was relieved and hopeful,” said Muzoon. “School gives children like me a lifeline and the chance of a peaceful and positive future.”

As an education activist and Syrian refugee, Muzoon joins forces with UNICEF to speak out on behalf of the millions of children who have been uprooted by conflict and are missing out on school.

- End the detention of children seeking refugee status or migrating, by introducing a range of practical alternatives;

- Keep families together as the best way to protect children and give children legal status;

- Keep all refugee and migrant children learning and give them access to health and other quality services;

- Press for action on the underlying causes of large scale movements of refugees and migrants;

- Promote measures to combat xenophobia, discrimination and marginalization in countries of transit and destination.

- More than 25 million children between 6 and 15 years old, or 22 per cent of children in that age group, are missing out on school in conflict zones across 22 countries, according to a recent UNICEF analysis.

- Across the globe, nearly 50 million children have been uprooted – 28 million of them driven from their homes by conflicts not of their making, and millions more migrating in the hope of finding a better, safer life.

- Refugee children and adolescents are five times more likely to be out of school than their non-refugee peers.

- Lack of access to education is particularly high among children on the move, with half of the world’s child refugees not able to start or resume their learning.

- In 2016, just 3.6 per cent of global humanitarian funding was spent on education. $8.5 billion is needed annually to close this gap. Available funds are often short-term and unpredictable, resulting in high levels of disruption for children and their education.

- During the first World Humanitarian Summit held in May 2016, UNICEF and partners launched the Education Cannot Wait fund aimed at addressing the funding gap to 13.6 million children with educational support over five years, and 75 million children by 2030.

- In 2016, a total of 11.7 million children in humanitarian situations were reached by UNICEF with educational support.

This figure does not include funds received for multi-sector work, which may include education, or funds received that are not earmarked to a sector.

Despite the low level of funding received this year, UNICEF is achieving significant education results for children in emergency settings thanks to generous support from partners in previous years. 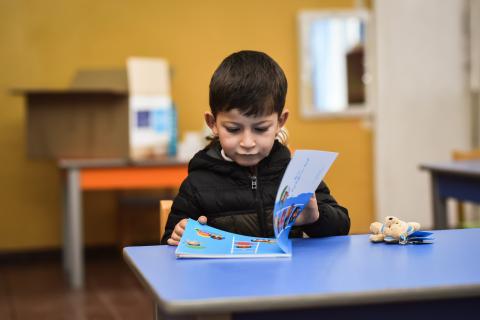 Hygiene kits provided by a joint EU and UNICEF project ensured proper protection from the coronavirus for 1,980 young children in Tavush. 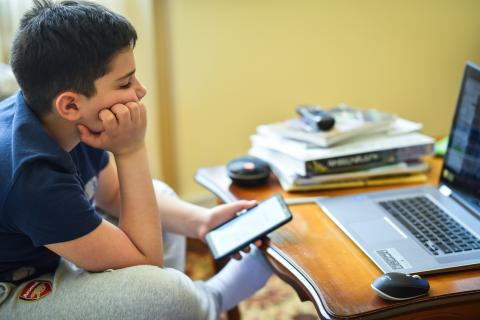 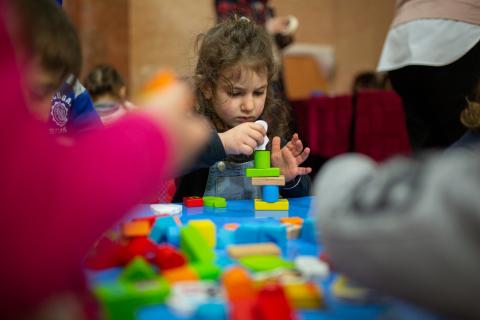 Play and Development for Children from Nagorno-Karabakh 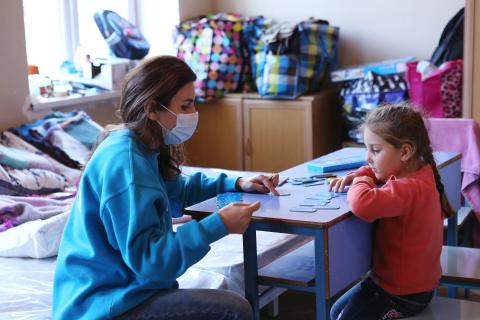