When the bubble burst

Married off so young, Laila became a mother at 13. She experienced a tough life but now devotes her time to change the status quo for other women and girls.

I was only two months old when my parents moved to Iran and we lived there for a long time as refugees. I started school in Iran when I was 7 years old. I got married at 12, while I was still at school. I remember the day that I went home after school and found the house full of guests. I realized everyone was so kind to me that day. I wasn’t aware of what was happening, but felt so happy being treated so special. My mother gave me a white veil to wear. I was told it was my wedding. I was so excited. Then, I went with few other women to the Bazar for shopping. I was getting married to a man who was 28 years old.

That day, I was only told once by my sister that I was supposed to marry a man. I wasn’t scared, as I didn’t understand married life would mean moving away from my family, living with another man in his house and becoming intimate with him.

I had no idea about marriage, but in the imagination of a 12-year-old, felt excited to be the bride. I was basically in a bubble between the novelty of wearing a wedding dress and being the centre of attraction. There was a shocking reality that was to burst this bubble. Suddenly I saw myself being taken away from my family and going with a stranger to his home. I then found myself with a man in the same room. We were supposed to talk to each other, but I had nothing to say. Sitting in a corner, I was afraid of him getting any closer to me. The little I had heard when the older women talked about sex crossed my mind and scared me then. He tried to be nice to me and not to scare me. But that was it, the decision was taken and I was married to him.

Soon after marriage, I gave birth to my first child when I was 13. I had no idea about motherhood and I already had a son crying. Within a year, I was a mother, a housewife, doing all the housework and working in a tailor shop as my husband earned very little money. He was a clergy and was out most of the day. With so much pressure on me, I had no patience with my son.  I was rude to him whenever he cried. I didn’t know how to calm him down.  I didn’t even know how to properly breastfeed or take care of him, as I still needed to be cared for.

My husband was abusive. Though my family knew what I was going through, the idea of a divorce was impossible. However, after 9 years, at the age of just 21 years, I secured a divorce. By then, I had another son and a daughter (3 children in total) whom I could rarely again after divorce. I didn’t ask for any marriage portion and gave up the house we had built together, so my husband would accept the divorce proposal.

Looking back, I knew nothing about being a mother. There was little spacing between the birth of my children and they never received the emotions a mother offers to her children.

I now needed to start a new life.  With the little savings made from the years I worked in a tailor shop. I established my own business and opened a tailor shop. I also built my network at the poets’ association as I used to write for them. I will never forget the day I was badly beaten by my husband because I had one of my poems with my photo published in a magazine.

Despite all the difficulties I faced after being alone, I managed to open a school for Afghan refugees who couldn’t afford their education or had no documentation to enroll in official schools. The tailor shop expanded a bit and had some income to cover the expenditures of the school with 500 students. That was a new start. Living alone, in my early twenties, I never felt like I was young. I devoted myself to my work, the school and the students. That helped heal my pains.

Whilst married, I only had the opportunity to study in an Islamic studies center, but now I could pursue other interests. I studied film making and started working with different magazines. To earn more to keep the school running, I worked in wedding halls at nights and washed the dishes. The school became everything to me. Students became like my children and I felt I was a mother to them. What I couldn’t fulfil to my own children.

Laila’s first film, ‘Tasawor’ won an award in Tolo TV film festival. She returned to Afghanistan to build her professional career back in her war-torn homeland. Meanwhile in Kabul, she heard that her brother had been become a drug addict and went searching for him. She found him under a bridge (Pule-Sukhta) with so many other addicts, under dire conditions.

Helping my brother, I established the ‘Life Is Beautiful’ Institute, underneath ‘Mother’ Drug Treatment Center to save lives. Knowing how widespread this disease was and how it affected lives of the addicts and their families, I looked for a sustainable way of treatment. I started helping those who quit drugs to learn some skills so they can get a job later. This could have saved their families, especially girls whose fathers either made them marry an old man in exchange of money, or who basically sold them.

I got some support from few friends. I opened a restaurant where treated addicts could work. With the income, more addicts could be treated. I lived in the treatment center with the addicts for a year. I didn’t let them feel they were alone. I was a mother to them.

Now looking back, I see many things changed in my life. I am in touch with my children. I love them, so do they. I work passionately not to let my children or any other child to go through this life, as I did.

Many people know Laila Haidari as an activist who has been supporting many addicts to recover and join their families, but there is not much known about the motherhood she has been offering to many. She lived a long time with addicts to offer to them what a mother should to her children. Laila, far away from her children now, did not have much time and understanding of motherhood when she married so young. But she is now a mother to many. 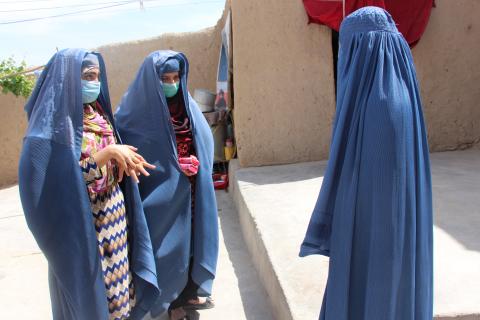 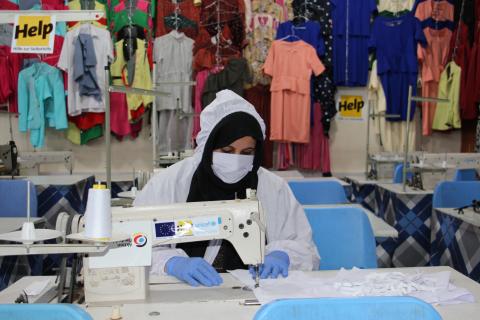 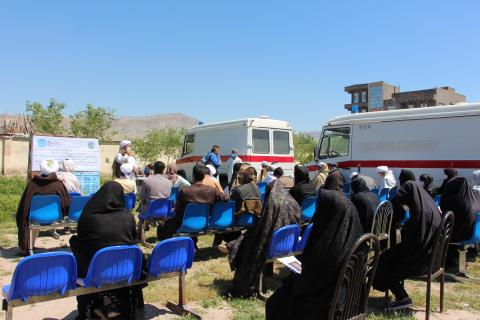 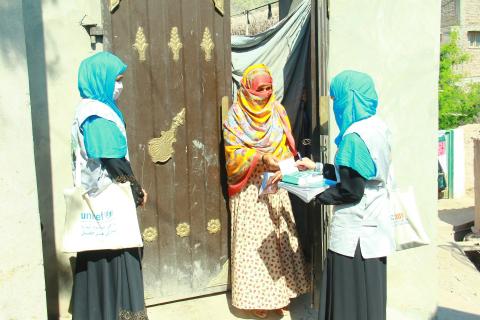