Waiting for a lifeline

To support the careers of educators like Tahira, UNICEF provided emergency cash support to 194,000 public-school teachers in Afghanistan

DAIKUNDI, AFGHANISTAN - Chawgani Secondary School is named after the imposing mountain that looms over Tahira’s valley home in Daikundi Province. The snowy range dominates the vista, with family homes tucked between and on top of the rounded foothills.

From Tahira’s home to Chawgani Secondary School, where she teaches grades 1 through 3, it is a one-hour walk each direction. When schools are open, Tahira hikes the route each day, her own children in tow, to support her family and educate the next generation.

“As a teacher, I learn by doing. I learn even more by teaching than if I was a student myself,” says Tahira. “Being a teacher makes me proud.”

But in August 2021, the schools closed when the country was confronted with a new cadre of authorities. School closures also meant halted salaries, and Tahira was unsure how her family would survive. Her husband was severely injured in the coal mines of Bamyan just two months after their marriage and cannot work. “He cannot even lift this teacup,” Tahira says.

For the last seven years, Tahira has been the sole earner.

Photos provided by Tahira
Tahira celebrates "Teachers' Day" in 2021 with her students in Daikundi.

When schools closed in August 2021, Tahira did not receive her salary for several months. She was so desperate that she begged the neighbours for food, but they were even worse off than she was.

In February, with funding support from the European Union, UNICEF provided 194,000 public-school teachers in Afghanistan – like Tahira – with emergency cash support of about US$ 100, or 9,000 Afghani, to cover the month of January. This support was intended to retain incredible and dedicated teachers like Tahira, as they might have been tempted to leave the profession if their salaries did not resume.

“I felt so relieved. I went immediately to the bazaar to buy food and supplies for my family.”

In March, Tahira received additional cash support for the month of February – another 9,000 Afghani – provided by UNICEF with funding from the European Union.

Fortunately, she also received her missing salary payments from the de facto authorities, bringing welcome stability to her family.

During school breaks, Tahira often meets her students in the community and tries to encourage them to stay positive and return to school when classrooms open.

Tahira’s love for her students is evident in her eyes and in her demeanor when she speaks of them. She speaks earnestly about how hardworking and intelligent they are, and how she tries to be their support system in Afghanistan’s changing context.

“I only hope that we can continue to advocate for girls’ education, and for all students to come back to the classroom. I do not believe there should be any discrimination among us.” 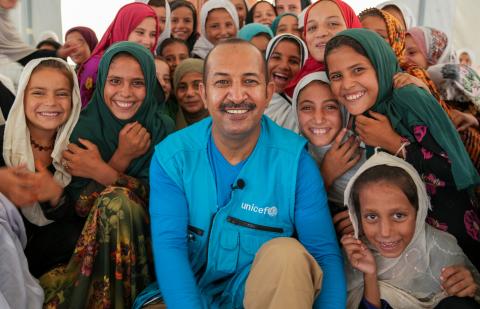 Message from the UNICEF Afghanistan Representative: We see you; we hear you; we’re staying here with you 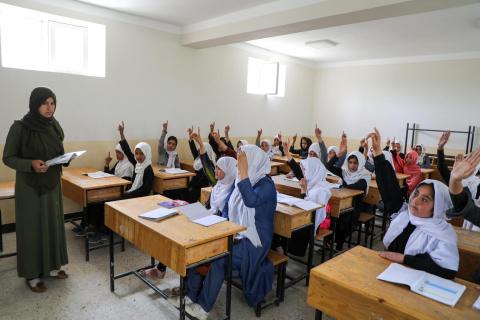 UNICEF provides support to all public school teachers for 2 months 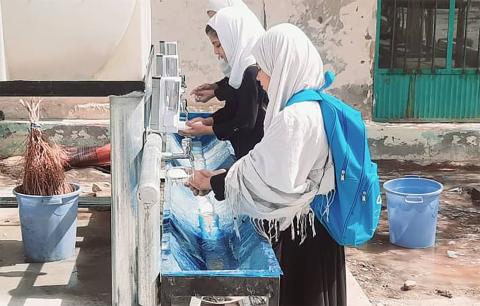 Returning to school safe and heathy 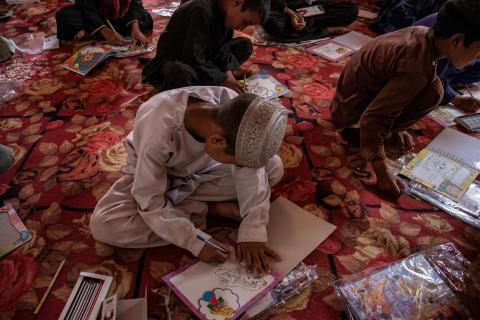 UNICEF welcomes reopening of secondary schools in Afghanistan, stresses that girls must not be left out