“I was very sad and I did not want to talk to anyone at home. I lost hope”, Amania says taking a deep breath. “One day, Sakeena, my friend, knocked at our door, asking my mother to see me. “Sakeena was very happy and told me that a class had opened in the village”.

Sakeena was talking about the newly established Accelerated Learning Center for older children who have not been in school or dropped out of school, especially for girls.  “I was very happy and tears came to my eyes - this class is for us, let’s register our names, I said”, Amania explains.

Amania’s parents supported her to start her education in the Accelerated Learning Center. Today Amania is a grade 7 student of the Dahan Murghi Girls’ High School. “I hold the first position in my class”, Amania proudly shares.

Ishaq, Amania’s father tells us: “Amania was the first child in our family. Her mother and I were very happy that Allah gave us such a gift (daughter).  When she was four-years-old, she broke her leg and there were no good facilities in our hospital in Bamyan. I was working as a labourer. It was difficult for me to go to another country for her medical treatment.”

Amania was asking me: “Padar Joo (dad), will I be able to walk and go to school?”. I answered: “Yes, you will be able to walk but I had no answer for the school as she was not able to walk for 9km”. Thanks to UNICEF her question was answered, through the establishment of an ALC in our village.

“My Father is very supportive”, Amania says, “my father drops me by motorcycle at school and fetches me from school every day.

Amania, a 17-year-old girl who completed the second cohort of ALC, is currently in the seventh grade of Dahan Murghi Formal School, Yakawlang District, Bamyan Province.

She wants to be an Information Technology Specialist in the future, to help her brothers and sisters and other girls in her district. 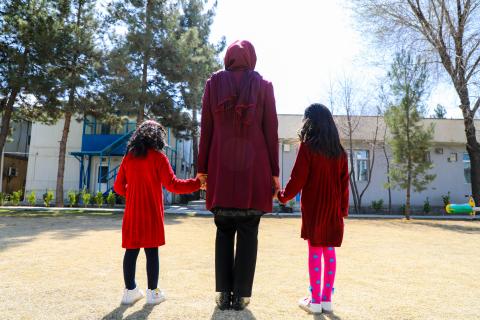 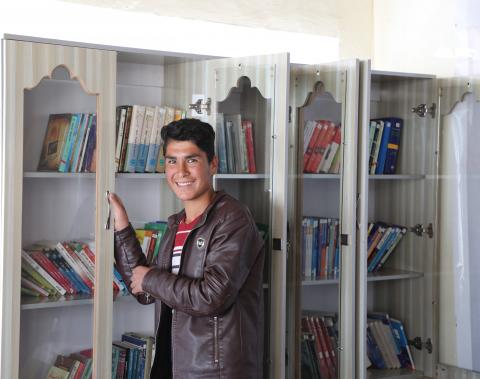 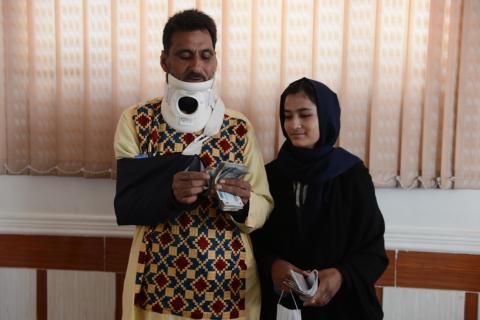