Children living in conflict situations must enjoy the same rights as children everywhere else.

UNICEF protects children’s rights and safeguards their lives and future, and never gives up.

Somaya, only 2.5 years old had to leave her house due to conflict in their village in Faryab, northern Afghanistan. Somaya’s mother is quite concerned about the future of her children. We have no income, we have many more years ahead to survive and this cold weather is only one of the many challenges we have to deal with.

Conflict and frequent natural disasters like flooding, avalanches and earthquakes take a devastating toll on the children and families of Afghanistan resulting to a large number of people being displaced in 2018. Whether drought affected displaced people in west or conflict affected displaced people in the north, east, central or south, UNICEF stood by vulnerable families, especially children and provided lifesaving humanitarian and emergency supports to help them survive this cold season.

Some 54,833 individuals, among whom 35,216 children benefited from UNICEF support in 2018, including winter clothes and other non-food items. Only in the northern provinces of Afghanistan, over 8,900 families had to leave their home, hoping to find safe and warm shelter.

It has been about 8 months since 8-year-old Mirwais with his siblings and mother moved to Samangan province. Mirwais is a single orphan, having lost his father in the conflict.  The family has been relying on their uncle to support them. Coming from a poor family, Mirwais and many other children like him need support to survive this harsh winter. “Life is so miserable, my 4-year-old sister and 2-year-old brother got so happy to put on some warm clothes this winter,” says Mirwais. He was putting on a jacket from his cousin. “I am so happy that I have my own jacket now,” said Mirwais with a gentle smile.

“We can’t afford buying food, I can’t even dream of going to school. I help my father sell vegetable to support the family.” Fazel Rahmatn and his friends are receiving their winterization kits which includes warm clothes and blankets distributed by UNICEF.

Rahmatullah, 10 years old, is super excited about his new warm clothes. He and his family left their village in Darre-Suf to Samangan about 3 months ago due to the ongoing conflict in their home town. “coming here, I felt so cold, I was shivering under the rain. But it feels warmer now putting on my new clothes.” Like many other conflict affected children, Rahmatullah has had to drop out of school and support his father to fend for the family.

Coming from Badakhshan, a cold climate province, in north eastern Afghanistan, Mazira and her siblings are experiencing a much colder winter. “The porous walls in our house let the frigid gusts of wind inside. My younger brother is sick and needs protection. We have to keep him warm,” says 11-year-old Mazira. She and her family are benefiting from the warm clothes distributed among IDPs by UNICEF and its partners.

Fariba, 12 years old comes from Darre-Suf to Samangan. She is accompanied by his father and 5-year-old brother, walking 5 kilometers to come and receive winterization supports. “We have no heating in our home, we had nothing to keep us warm, but we now have some warm clothes.” These children are so joyful receiving their warm clothes.

“We had so many problems in our life, no home, school or place to play. With the winter coming, our problems have doubled,” Says Fawad. Being displaced from Takhar, Fawad is missing on his education.

“Life is difficult, but no matter what, I really want to go back to school, be able to help other children and contribute to my society.”

He has never been to school. Qasim, 10 years old, with his mother and two sisters are amongst the many conflict affected IDPs currently living in Balkh, northern Afghanistan. While a child has so many dreams about his life, he only wishes his two sisters would feel warm.

In Afghanistan, an estimated 3.8 million children will need protection and humanitarian assistance in 2019 due to increased violence, the impacts of natural disasters, including drought, and the harsh winter, which will hamper access to critical basic services. Given the multiple vulnerabilities that the population is already experiencing, this situation has exacerbated humanitarian needs.

UNICEF appeal for children affected by crises in Afghanistan 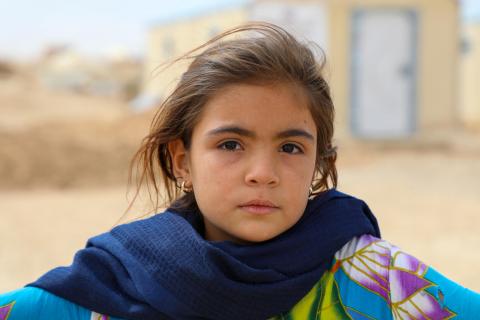 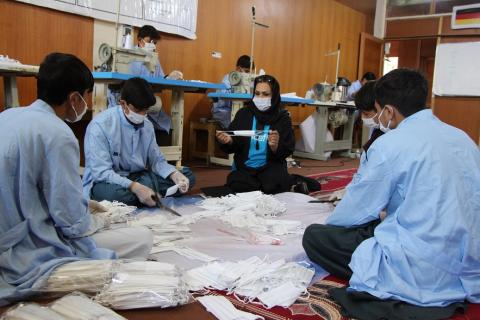 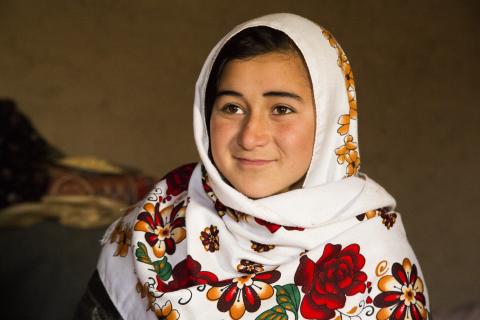 Education is everything to me. Nothing else matters 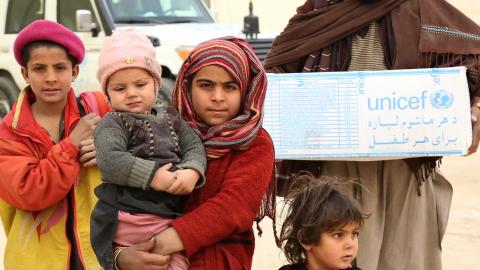