Families and the fight against malnutrition

With reporting by Abdul Rahman Zaeem

FARAH, Afghanistan, 10 January 2018 — Adela is a 33-year-old mother of five from the village of Massaw, in western Afghanistan. Every other week, she and her 11-month-old daughter, Aqila, make the long journey from their rural village to a health facility in the provincial capital of Farah City, where Adela picks up milk and nutritional supplements for her baby girl.

It’s a bumpy, 30-kilometre ride using public transport, often interrupted by random unofficial checkpoints. But for Aqila, it’s essential: Three months ago, she was diagnosed with severe acute malnutrition (SAM), a dangerously common ailment among children in Farah Province and across Afghanistan, which has one of the world’s highest rates of stunting in children younger than five.

This is Aqila’s third time to the centre, and her mother plans to return for four more weeks. “The staff has advised us to come every week ,” she says. But since the distance to their home is so long, Aqila can only make it every other week. “Now, after six weeks, my daughter’s situation has much improved and I’m extremely happy.”

According to recent 2017 nutrition survey, nearly half (45.5 per cent) of children younger than five in Farah Province are stunted and acute malnutrition is nearing emergency levels, meaning that these children will not be able to reach their full potential of growth and development. To assist these vulnerable boys and girls, UNICEF’s Nutrition programme in Afghanistan provides vital support to the Farah Provincial Department of Public Health to establish outpatient and inpatient centres to provide effective, long-lasting treatment for SAM.

Adela is all too familiar with the prevalence of SAM and the personal challenges of treating it. “Before Aqila, my son Ali Ahmad who is now three, had the same problems,” she says. “I gave him powdered milk bought from the market, but it was difficult to pay for it.” At the time, she did not know about the importance of breastfeeding.

But Aqila’s condition was even more serious than her brother’s and Adela sought help from doctors, deepening the family’s financial troubles. Despite its prevalence, malnutrition remains an unknown condition to many local doctors, who typically prescribe increasing quantities of medicine rather than the appropriate nutritional supplements.

“I visited several doctors over six or seven months, and each month I had to pay 1,500 to 2,000 Afghanis (US$20–US$30) for medicine,” Adela says. “But my daughter wasn’t improving.” Adela’s husband is a farmer and, like many local families, has watched his earnings dwindle in the face of a decade of drought. The average monthly income for families in these rural areas is around US$150 to US$200.

Finally, she ended up traveling to the provincial hospital where treatment is basic but free, and doctors there referred baby Aqila to the SAM treatment centre.

Seven weeks later — after her week-long inpatient treatment and six weeks of regular visits to the outpatient treatment centre — Aqila is on the mend: her medical records show an increase in weight from 5.9 kg to 7.0 kg. Not only can her mother be grateful that treatment is finally working, but it’s also free, thanks to UNICEF support. UNICEF assistance to these SAM clinics has removed a significant emotional and financial burden for the family.

Between 50 and 70 babies come to the outpatient centre at Farah Provincial Hospital every week to be treated for SAM, according to Sara Haidary, 27, a midwife who oversees the centre.

Some have been referred by the inpatient centre, others have learned about these essential, life-saving services from their community health workers or during breastfeeding campaigns and routine immunizations that are conducted in communities across the province. . Alongside distribution of nutrition supplies, Sara also provides mothers with essential information about meal choices that are both economical and properly nourishing.

“I want them to understand that just because they have economic problems doesn’t mean their children have to be malnourished,” she says. “I advise mothers about foods that are good for them and to breastfeed their babies more frequently. The more they breastfeed, the more their breastmilk supply increases and the better it is for the baby.”

Misconceptions about breastfeeding are another area of focus. Sara says that some of the mothers don’t breastfeed their babies because they think it will change their physical appearance and make them gain weight. “Behaviour change is a priority for us, because this helps to change some widely held beliefs and thoughts that are harming our community’s babies. If we change these views, we will help to reduce all forms of malnutrition among our children.”

The treatment and prevention of severe acute malnutrition in Afghanistan is support by generous donations from many donors, including the Republic of Korea, the United Kingdom (UK Aid), USAID/ FFP, and the Common Humanitarian Fund. 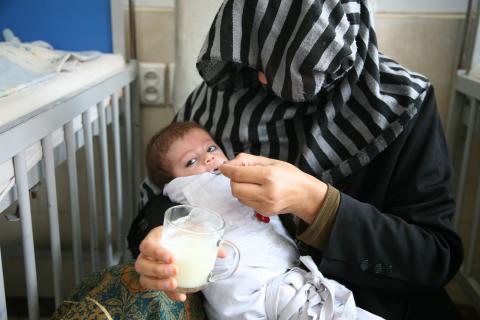 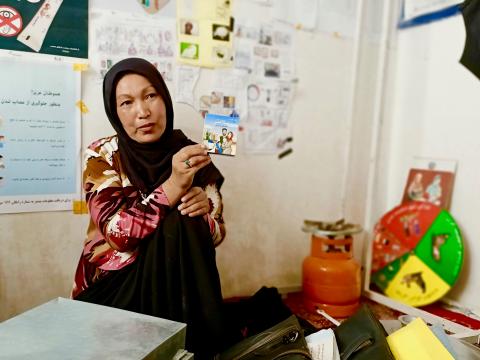 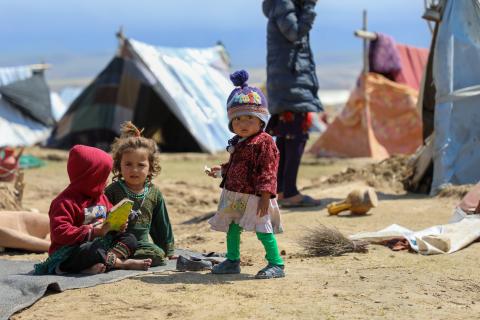 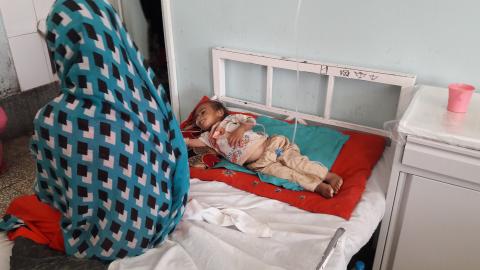