UNICEF Regional Director for the Middle East and North Africa 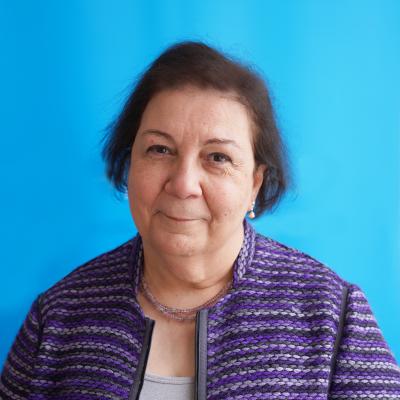 With over 30 years of service in UNICEF, she brings strong and dynamic leadership skills and strategic management experience combined with a deep understanding of emergency and development contexts across four of UNICEF’s seven regions. Her foundational expertise is in child protection.

Ms. Khodr started her career in UNICEF Lebanon, and then moved to UNICEF Sudan where she headed the Child Protection Section from 2002 to 2005. She then moved to the UNICEF Regional Office for South Asia where she worked on child trafficking. From 2006-2008, she served as Deputy Representative in Sierra Leone, West Africa.

In 2008, Ms. Khodr moved to UNICEF India to head the largest UNICEF field office in the world, namely in Uttar Pradesh, serving a population of 200 million persons with a focus on polio eradication, nutrition, water, sanitation and hygiene and child protection with special focus on child labour. She conducted policy dialogue and advocacy with the state government and other partners for enhancement of child rights and women in the state of Uttar Pradesh.

Ms. Khodr worked as UNICEF Representative in Cote d’Ivoire between October 2013 and April 2016 where she headed an office of nearly 110 staff, with a special focus on child and maternal health, nutrition, and child protection.

Right after Cote d’Ivoire, Ms. Khodr was appointed as the UNICEF Representative in Afghanistan from June 2016 to April 2019. The work involved humanitarian action, as well as work on polio eradication and children impacted by armed conflict. Ms. Khodr then moved in May 2019 to become the UNICEF Representative in Ethiopia where she served until September 2021. Her work involved leading both humanitarian and development action in one of UNICEF’s largest three programmes in Africa.

A national of Lebanon, she completed her studies at the AUB, where she received a Bachelor of Arts in Public Administration and a Master’s in Social Anthropology.

She is fluent in Arabic, French and English.

IMAGE RELEASE - CREDIT: © UNICEF. This photograph is available for use by bona fide news media organizations as part of reports or feature stories on UNICEF. Release permission is hereby granted for this purpose on the following conditions: - - Image content may not be changed by digital or any other means, except cropping. - Image may not be archived in any format or distributed to a third party by any non-UNICEF entity. No other rights than those specified are either granted or implied. THANK YOU FOR YOUR INTEREST IN UNICEF.